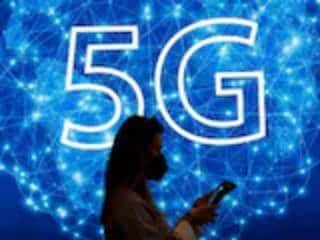 India’s government on Wednesday gave final approval to a proposal for directly allocating airwaves to enterprises, paving the way for them to operate private 5G networks.

Indeed, the Union Cabinet chaired by Prime Minister Shri Narendra Modi has approved a proposal of the Department of Telecommunications to conduct a spectrum auction through which spectrum will be assigned to the successful bidders for providing 5G services to the public and enterprises.

The official statement read that the government would auction a total of 72097.85 MHz spectrum with 20 years of validity by July end to reduce the cost of doing business for Telecom Service Providers.

The government also said it would hold the 5G spectrum auction by the end of July. The auction is expected to participate in the country’s three main carriers – Vodafone Idea, Bharti Airtel Ltd and Reliance Industries Ltd’s Jio.

The government announced the auction to reduce the cost of doing business for Telecom Service Providers has also done away with upfront payment for airwaves and said successful bidders could pay for 5G spectrum in 20 equated monthly instalments (EMIs).

The cabinet decided to set up private captive networks to enable development and spur innovations.

The government said the 5G services to be rolled out soon would be about 10 times faster than the current offering under 4G.’

“It is expected that Telecom Service Providers will utilise the Mid and High band spectrum to roll out 5G technology-based services capable of providing speed and capacities which would be about 10 times higher than what is possible through the current 4G services,” added the note.

The bidders would be given an option to surrender the spectrum after 10 years with no future liabilities with respect to balance instalments.

“The availability of sufficient backhaul spectrum is also necessary to enable the roll-out of 5G services. To meet the backhaul demand, the Cabinet has decided to provisionally allot 2 carriers of 250 MHz each in E-band to the Telecom Service Providers,” the release said.

The Cabinet also decided to double the number of traditional Microwave backhaul carriers in the existing frequency bands of 13, 15, 18 and 21 GHz bands, it added.

Telecom regulator Telecom Regulatory Authority of India (Trai), in April, had recommended about a 39 per cent reduction in the reserve or floor price for the sale of 5G spectrum for mobile services.

Bill Gates Dismisses Cryptos, NFTs As Based On “Greater-Fool Theory”