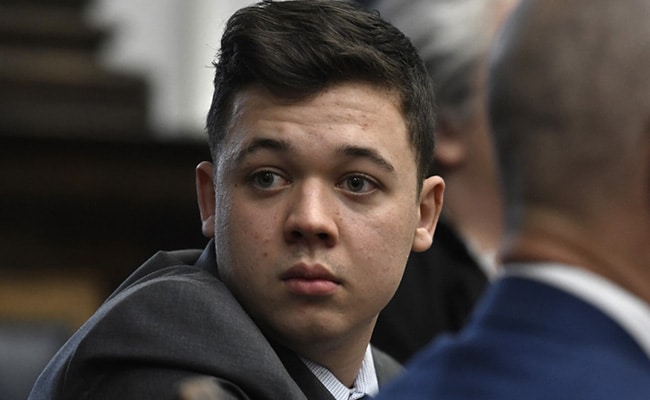 The US shooter did not specify which news outlets he intended to sue. (File)

A US teen cleared in court after killing people amid unrest over police mistreatment of African-Americans unveiled Thursday a video game centered on shooting targets representing journalists.

Kyle Rittenhouse said in online posts that money raised from sales of the game will be used to sue “leftwing media organizations” for defamation over their coverage of his 2020 case.

He did not specify which news outlets he intended to sue, nor was it clear when the game would be available for play.

“It’s time to fight back against the fake news machine,” Rittenhouse said in a video posted on Twitter.

“This is why I am launching the Kyle Rittenhouse fake news turkey shoot video game.”

A trailer for the game, priced at $10, shows a cartoon version of Rittenhouse blasting away, arcade-style, at turkey characters labeled “fake news” from behind cover.

Rittenhouse was acquitted late last year by a jury in the August 2020 shootings in Kenosha, Wisconsin.

Rittenhouse, 17 at the time, shot dead two white men and wounded another with his AR-15 semi-automatic rifle during riots that followed anti-police protests in Kenosha.

With Rittenhouse accused of homicide, the jury accepted his argument that he was defending himself from attack by the three men.

Rittenhouse said he had traveled to Kenosha from neighboring Illinois to help protect private property from damage in riots that erupted after Kenosha police shot and paralyzed a Black man, Jacob Blake.

Before the incident, on his Facebook page Rittenhouse had endorsed a “Blue Lives Matter” campaign to support police. This came in response to heavy criticism of law enforcement officers for killings of Black suspects, in particular the murder of George Floyd in Minnesota in May 2020.

How To Shortlist A Good Estate Agent?