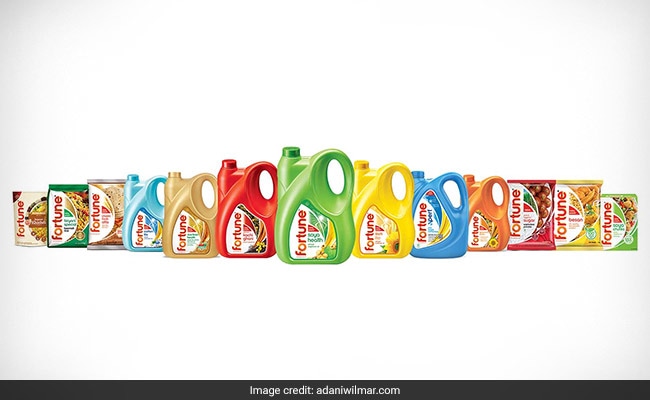 Adani Wilmar, Fast Moving Consumer Goods (FMCG) firm, cut the prices of its edible oils by Rs 10 following the government’s move to reduce import duties on the commodity and a couple of days after Mother Dairy lowered the edible oil variant, Dhara’s prices by Rs15 per litre.

Mother Dairy, one of the leading milk suppliers in Delhi-NCR, on Thursday had said it has reduced prices of its cooking oils by up to Rs 15 per litre, because of softening rates in global markets.

Following that, Adani Wilmar has reduced the maximum retail price (MRP) of Fortune refined Sunflower oil’s 1-litre pack to Rs 210 from Rs 220, the company said in a statement.

The MRP of Fortune Soyabean and Fortune Kachi Ghani (mustard oil) 1-litre packs has been reduced to Rs 195 from Rs 205.

The stocks with new prices will reach the market soon, it added.

This reduction in oil prices comes in the wake of the central government reducing the import duties on edible oils, making them cheaper, the company said.

“We are passing on the benefit of the reduced cost to our customers, who can now expect purest edible oils made with highest safety and quality standards, which are also light on their pockets. We are confident the lower prices will also boost demand,” Adani Wilmar MD and CEO Angshu Mallick said.

International and domestic prices of edible oils surged during 2021-22 due to lower production of oilseeds and higher manufacturing and logistics costs.

Besides a range of edible oils, Adani Wilmar’s offerings include rice, atta, sugar, besan, ready-to-cook khichdi, soya chunks and others.

On Thursday, Mother Dairy, which sells its edible oils under Dhara brand, lowered the price of Dhara mustard oil (1 litre poly pack) from Rs 208 to Rs 193 per litre.

“The maximum retail prices (MRP) of Dhara edible oils are being reduced by up to Rs 15 per litre across variants,” Mother Dairy said in a statement.

This reduction in prices is on account of recent government-led initiatives, reduced impact of international markets and ease in availability of sunflower oil, it added.

“Dhara edible oil variants with the new MRP will reach market by next week,” it said.

Edible oil prices have been elevated over the past year due to high rates in the international market.

India imports around 13 million tonnes of edible oils annually to meet domestic demand. The import dependency is to the tune of 60 per cent.