At Least 40 Found Dead Inside Truck In Texas: Report 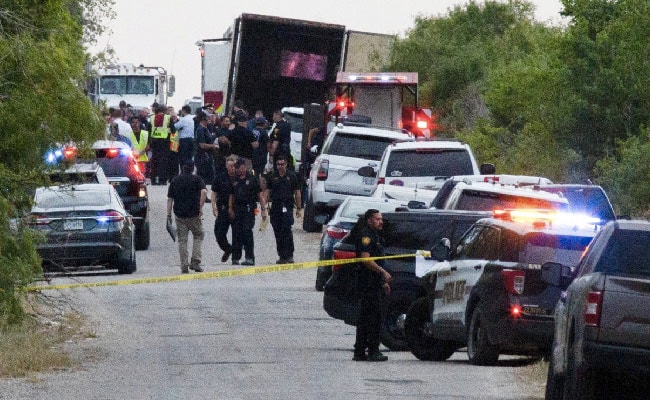 The truck was found next to railroad tracks. (Representational)

At least 40 people were found dead inside a tractor-trailer on Monday in San Antonio, Texas, according to a law enforcement official briefed on the matter.

The truck was found next to railroad tracks in a remote area on the city’s southern outskirts, KSAT reported.

San Antonio police did not immediately respond to a request for comment.

Temperatures in San Antonio, which is about 160 miles (250 km) from the Mexican border, swelled to a high of 103 degrees Fahrenheit (39.4 degrees Celsius) on Monday with high humidity.