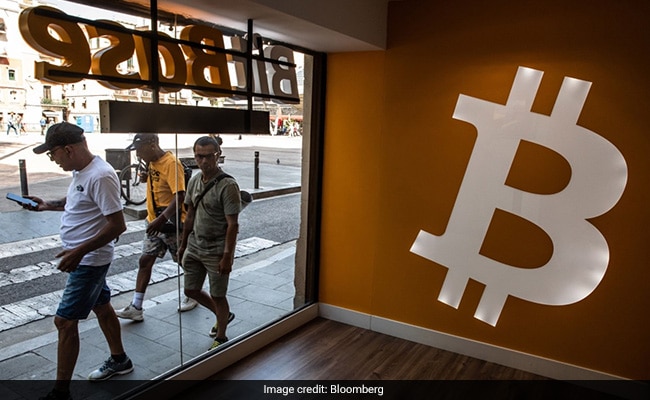 Crypto is undergoing a historic bout of volatility, but options traders are seeing positive signs within the market in the wake of the ruckus and controversy that overtook digital-asset lenders and others in the sector.

Chris Bae, chief executive and co-founder at structured-derivative-solutions provider EDG and a former trader at UBS and Goldman Sachs, is looking at open interest and is tracking global exchanges that offer options trading.

“It doesn’t suggest that liquidity has thinned dramatically,” Mr Bae said in an interview. “There’s a lot of data that suggests the maturity of the market has progressed and that in the options market in particular, it’s business as normal, to a large degree, when taking into context the environment that we’re in.” Bae added that bid-ask spreads seem reasonable.

The environment, of course, has been strained by a number of hacks, as well as combustions of stablecoin projects and foldings of big-name crypto hedge funds.

And it’s all coming amid a less-accommodative monetary-policy background, where the Federal Reserve and other global central banks are furiously raising rates to combat price increases.

To be sure, the market is much different than during last year’s bull run. Open interest (OI), or the total number of outstanding contracts, has come way down from its highs.

OI is down a little more than $7 billion from a record of about $15 billion in October 2021, according to data from Skew. Volume is currently slightly below $600 million, compared with an all-time high of more than $8 billion also in October.

Patrick Chu, head of institutional coverage APAC at Paradigm, a liquidity provider for crypto derivatives, says that the drop in OI is reflective of market sentiment. During bear markets, interest tends to wane.

Options can serve two functions, he says. One is hedging, and the second is speculation. “For one, the amount of assets deployed shrinks so there is less to hedge.

For two, speculations, people have a very strong long-only bias in crypto, so when the market goes bear, people get rekt,” a reference to the word “wrecked” that is often used in the crypto community.

Still, Chu says, his firm has been seeing “more and more TradFi players” — or traditional-finance participants — showing interest in options. And they are entering the market, he says. That could help explain why OI levels have remained stable, despite all the turmoil within the crypto industry.

That institutions are playing a bigger role bears out in other data, too.

A report from the Amber Group, a digital-asset company, showed that its desk saw an increase in put-option buying demand in the wake of the liquidations seen over the past few weeks. “Risk mitigation is especially worthy of consideration under current market environments,” the note said.

Meanwhile, Luke Farrell, a trader at crypto market-maker GSR, says he’s noticed a huge change in the options space over the past two years relative to prior cycles. Institutions, he says, have been coming in, whereas crypto, prior to 2017, was heavily influenced by retail participations.

Finally, Mr Farrell says, Bitcoin miners, many of whom have found themselves in hot water amid price slumps for digital tokens, are hedging their future production, a change from last year when, amid a bull market, they weren’t buying protective options.

“They are willing to pay a little bit to protect on the downside of turning below their cost productions,” he said. “That’s been an interesting shift.”