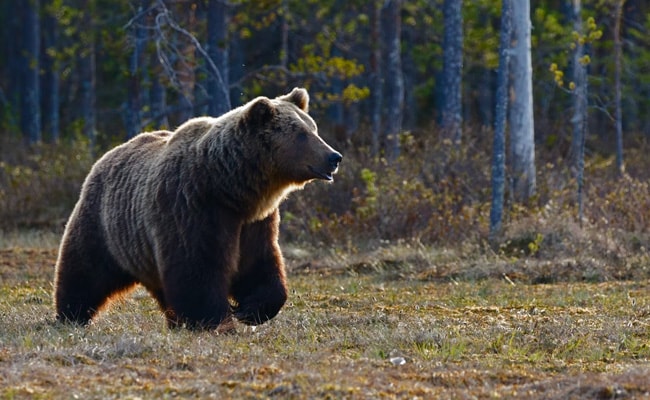 The bear was likely lured into the vehicle by food left behind. (Unsplash/Representative Photo)

A black bear in the US state of Tennessee died from heatstroke after it got stuck in an unlocked car in search of food, wildlife officials have said.

In a statement posted on Facebook, the Tennessee Wildlife Research Agency said that the bear entered a car parked at a Sevierville rental cabin after the car’s owner left the cabin at 10am. The owner then returned at 6:54pm and found the animal dead inside the vehicle.

In the caption, the wildlife officials said that they believe the bear used its teeth or paws to open the unlocked door and then got trapped inside after the door shut behind it. Once stuck inside, the animal likely died due to the extreme heat. The officials informed that the temperature on the day of the incident exceeded 95 degrees, which meant the interior of the car “possibly reached over 140 degrees”.

The Tennessee Wildlife Research Agency stated that the incident is a “good example of how garbage kills”. They said that bear was likely lured into the vehicle by food left behind.

The agency posted pictures showing the bear slumped over the centre console of the car surrounded by trash, including a can of soda on the floor of the backseat. Officials implored that people do their best not to leave any food wrappers, food bags or empty food containers in their vehicles.

“Notice the empty soda can and food package on the floorboard,” the wildlife officials said, adding, “Bears have noses 7 times better than bloodhounds and can smell even the faintest odour of food inside a vehicle.” “Lock your doors, roll up your windows and never leave food or anything that smells like food inside!” the agency said.

According to Newsweek, bears and other furry mammals cannot sweat like humans do, so they are less able to regulate their body temperature when it gets too hot, eventually leading to organ failure and death.

Tennessee is currently in the clutches of a heatwave. Temperatures in the state are currently hovering around the 80-degree mark and are expected to climb over the next 10 days.