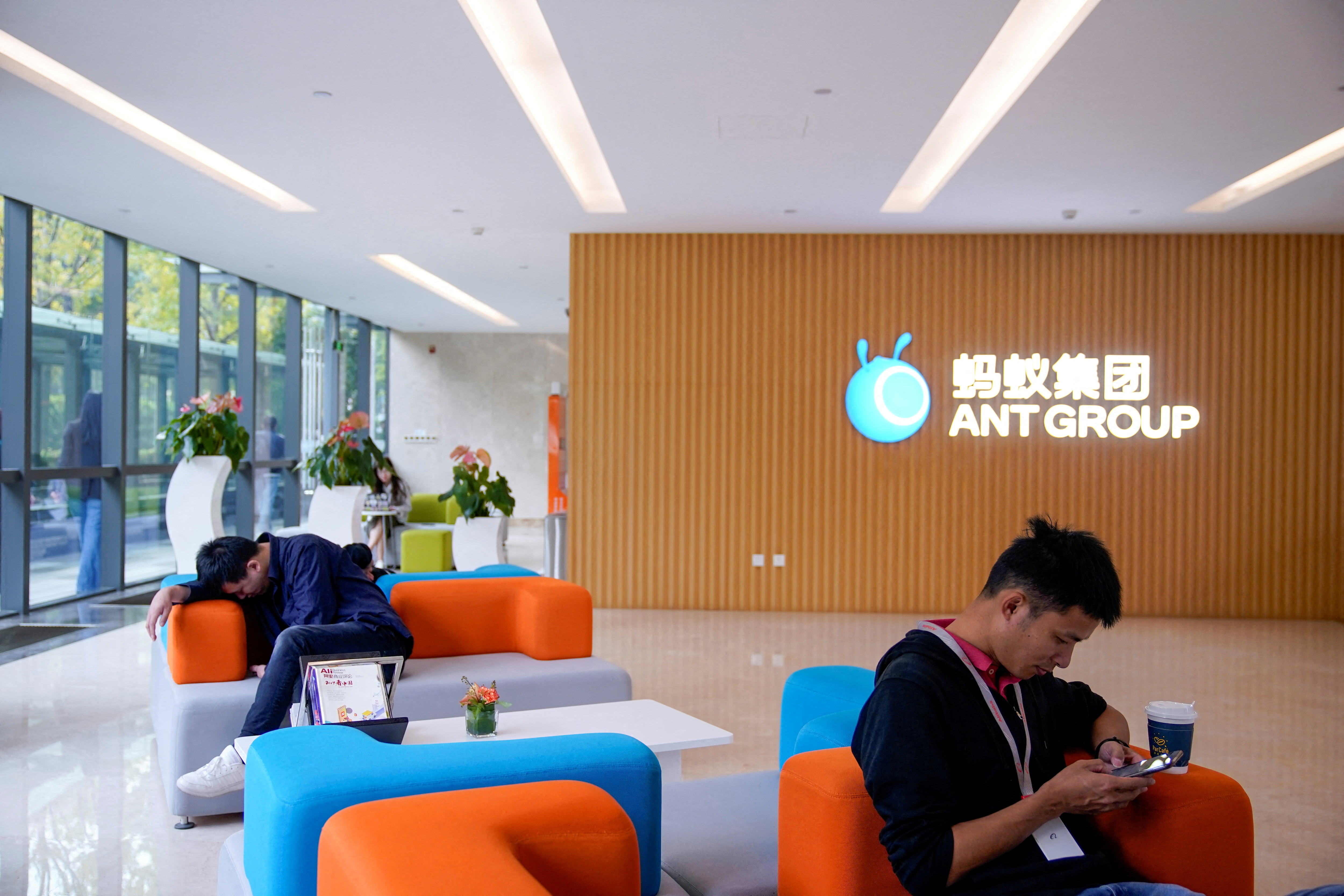 China’s central bank has accepted Ant Group’s application to set up a financial holding company, three people with knowledge of the matter said, a key step in finishing a year-long revamp of Jack Ma’s fintech business and reviving its stock market debut.

The People’s Bank of China’s (PBOC) expected approval of the plan is the latest sign that Ant, a tech giant with financial businesses stretching from payments to wealth management, is poised to emerge from a regulatory crackdown.

The PBOC this month accepted Ant’s application, the sources told Reuters, amid investor hopes that Chinese regulators are easing a crackdown on private enterprises that started in late 2020, as growth slows in the world’s second-largest economy due to COVID-19 curbs.

Ant and the PBOC did not respond to Reuters requests for comment on Friday.

New York-listed shares of Alibaba Group Holding Ltd, the Chinese e-commerce behemoth of which Ant is an affiliate, jumped nearly 10% on Friday shortly after the Reuters report.

Although Ant has been working with financial regulators for months on a broad revamp, the central bank’s agreeing to review the application signals the company could get its long-awaited license soon, said the sources, who asked not to be named due to confidentiality constraints.

As part of that overhaul, the PBOC in December 2020 told Reuters in a statement that Ant was drafting a plan to set up a financial holding firm and that Ant should ensure that all its financial operations were placed under regulatory supervision.

Ant had been valued as a tech firm for its IPO, but the forced change to a financial holding company will make it subject to capital requirements and regulations similar to those for banks.

Reuters reported last week that China’s central leadership had given Ant a tentative green light to revive its IPO in Shanghai and Hong Kong.

Aiming to file a preliminary prospectus for the share offering as early as next month, Ant is awaiting final feedback from financial regulators, especially the PBOC, on the set-up of the financial holding firm, one source said.

To formally revive its mega-listing, Ant has to secure the key financial holding license and complete its restructuring, the sources said.

The scuttled IPO marked the start of the crackdown that hit China’s technology giants and was quickly extended to other sectors, including property and private education, wiping billions off market values and triggering layoffs at some firms.

Beijing, however, has softened its stance in the last few months. Vice-Premier Liu He told tech executives last month the government supported the development of the sector.

Apart from the financial holding company license, Ant’s personal credit-scoring joint venture has applied for a permit, as part of the fintech major’s business revamp.

The central bank has mostly finished vetting the credit scoring license, said another source with direct knowledge of the matter, after having accepted the application for the unit in November.

Ant has agreed to establish the JV with partners including three state-owned companies under a plan allowing state-backed investors to take a combined 48% stake in its key asset – a data treasure trove of over 1 billion users.

Ant will own 35% of the venture, and the only non-state-backed shareholder, Transfar Group, will hold 7%, while Hangzhou Xishu will get the remaining 10%, the PBOC said in November.

Hangzhou Xishu is an entity that operates employee stock ownership plans, another source has told Reuters.

But recently, regulators have suggested further tweaks of the shareholding structure to increase the holdings of state investors, with license approval expected after the adjustment is made, said the fourth source.

Ant, via super-app Alipay, collects data from over 1 billion users, many of whom are young, internet-savvy people without credit cards or sufficient bank credit records, as well as 80 million merchants, according to analysts and its IPO prospectus.