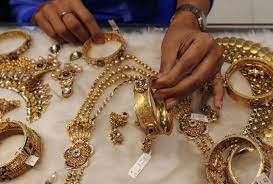 India’s gems and jewellery exports during the first two months of the ongoing financial year 2022-23 — April and June — witnessed a growth of 10.08 per cent to worth Rs 51,050.53 crore (a rise of 5.97 per cent in dollar terms to $6.65 billion) as compared to Rs 46,376.57 crore during the same period of the previous fiscal, The Gem & Jewellery Export Promotion Council (GJEPC) data showed.

With the government setting the gem and jewellery export target of $45.7 billion for the fiscal year 2022-23, the industry is looking to make the most of the growth opportunities created by the trade agreements with UAE and Australia in order to manage the 17 per cent growth in the export target.

Moreover, the export council said the country will have to look for new markets for exports to offset the effects of the Russia-Ukraine conflict.

“I believe we’re witnessing India’s steady progress towards becoming the gem and jewellery manufacturer of choice for the rest of the world,” said Colin Shah, Chairman of the export council.

He further said, “Given its satisfaction with the industry’s export performance last year, the Government has pushed the goal post forward by another 17 per cent to $45.7 billion for FY 2022-23. I’m confident that the groundwork laid by trade agreements with UAE and Australia will help us in reaching this new target. GJEPC remains proactive in identifying new opportunities to counterbalance the effects of the Russia-Ukraine conflict.”

Category-wise, exports of cut and polished diamonds for the period of April and May 2022 registered a growth of 4.42 per cent year-on-year to Rs 32601.84 crore.

Gold jewellery exports (plain and studded jewellery) during the two months witnessed a growth of 27.11 per cent to Rs 10897.84 crore as compared to the previous fiscal, the export council said.