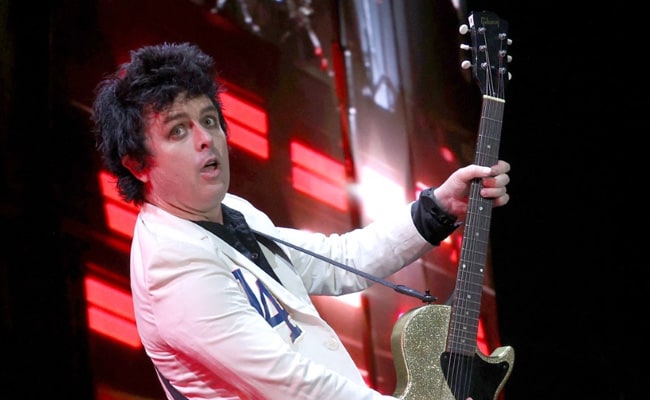 Green Day lead singer Billie Joe Armstrong said he will renounce his American citizenship following Supreme Court’s decision to overturn 50-year-old Roe vs Wade judgement guaranteeing access to abortion across the United States. The judgement is being described by the many experts as “a huge blow to women’s human rights and gender equality”.

Mr Armstrong too expressed his frustration over the decision during his performance at the London Stadium in the UK on Friday. “F**k America. I’m f***king renouncing my citizenship. I’m f**king coming here,” he told the crowd, according to Huffington Post.

Also Read | Abortion Pills The Next Battleground In US Reproductive Fight

The widely anticipated Supreme Court decision, by six votes to three, was made in the specific case of Dobbs v Jackson Women’s Health Organization, a historic decision which returns all questions of legality and access to abortion, to the individual states.

UN Human Rights chief Michelle Bachelet, in a statement, described this decision was a “major setback” for sexual and reproductive health across the US.

“The US Supreme Court ruling on Dobbs v. Jackson Women’s Health Organization delivered today represents a major setback after five decades of protection for sexual and reproductive health and rights in the US through Roe v Wade. It is a huge blow to women’s human rights and gender equality,” Bachelet said.

Also Read | “No Uterus, No Opinion”: Massive Protests In US As Abortion Right Ends

According to the UN experts, the Supreme Court has completely disregarded the United States’ binding legal obligations under international human rights law, including those stemming from its ratification of the International Covenant on Civil and Political Rights, which protects a woman’s right to life from the harmful impact of abortion restrictions.