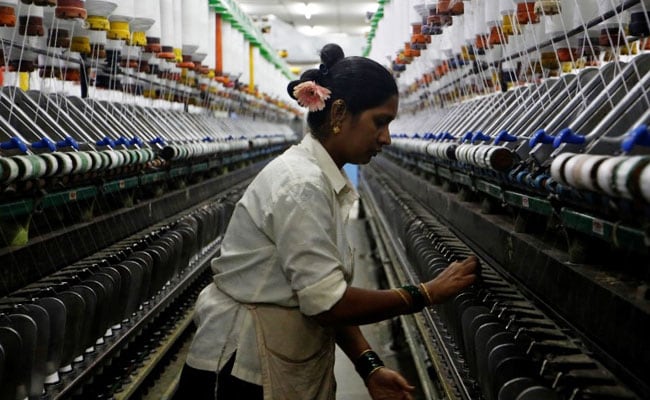 India is one of the fastest-growing economies in the world and it is expected to reach $30 trillion in the coming 30 years, Commerce and Industry Minister Piyush Goyal said here on Sunday.

The domestic textile industry, according to the minister of textiles, trade, and industry, has enormous potential to create jobs in the years to come.

An official statement said that the center is actively negotiating with various nations to complete a free trade agreement that will grant India’s textile industry duty-free access to the global market.

Speaking at a gathering in Coimbatore, Mr. Goyal emphasised that the centre was boosting both the cotton and manufactured textile sectors in order to increase its part of the global market and, consequently, the number of job prospects.

“In all sectors, we want to become a global industry. We want to capture the world market,” he said, adding that under the guidance of the Prime Minister, the Centre is working actively with different countries to finalise free trade agreement which will give zero-duty access to the textile sector in the world market.

India currently has respect throughout the world because to the PM’s cordial relationships with world leaders.

Mr. Goyal stressed during the opening of SIMA Texfair 2022 in Coimbatore that the centre was supporting both the cotton and manufactured textile sectors in order to increase their global market share and, in turn, increase investment and job prospects.

According to Mr. Goyal, manufacture of textiles, pumps, wet grinders, essential components, etc., would move to Tamil Nadu, which will help the country’s economy flourish.

He emphasised the effort put out by the sector and the government’s numerous policy initiatives to reach $440 billion in exports.

He added that the nation would quickly rise from its current $3 trillion level to $30 trillion.

All structural problems, such as tariff obstacles, taxation challenges, issues with global competitiveness, etc., have been vigorously addressed by the administration.

The minister encouraged everyone involved in the value chain to work hard, stick together, and take the lead in manufacturing. He extended an invitation to all the budding female entrepreneurs, encouraging them to make investments and advance the development of the country.

“We have chosen to promote SITRA (Supply of Improved Tool-Kits to Rural Artisans) so that they may develop more defense-related products which would help our jawans at the border,” the minister stated when discussing plans to manufacture uniforms for defence personnel in India.

“Instead of being imported, the uniforms would be made in India. For some products, some clinical studies are necessary. As part of the National Technical Textile Mission, I have pledged to support this. They will submit a proposal soon,” he added.

Kerala Hikes Power Charges For The First Time In 3 Years

Kerala Hikes Power Charges For The First Time In 3 Years