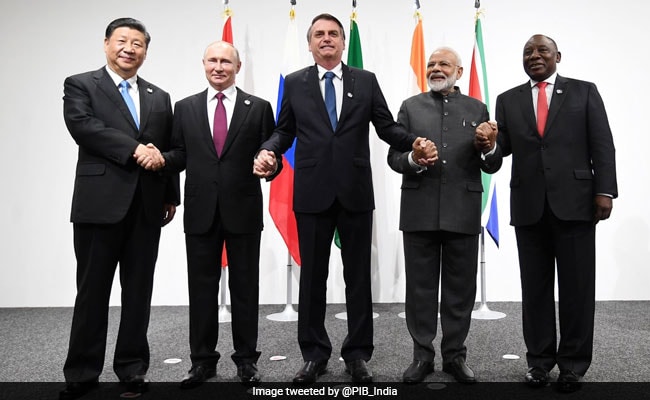 Russia has long been pushing to forge closer ties with Asia, South America and the Middle East.

Iran has submitted an application to become a member in the group of emerging economies known as the BRICS, an Iranian official said on Monday.

Russian Foreign Ministry spokeswoman Maria Zakharova said separately that Argentina had also applied to join the group. Argentinian officials could not be reached for immediate comment.

Argentina’s President Alberto Fernandez, currently in Europe, has in recent days reiterated his desire for Argentina to join BRICS.

“While the White House was thinking about what else to turn off in the world, ban or spoil, Argentina and Iran applied to join the BRICS,” Zakharova wrote on the Telegram messaging app.

Russia has long been pushing to forge closer ties with Asia, South America and the Middle East, but it has intensified its efforts recently to weather sanctions imposed by Europe, the United States and other countries over its invasion on Ukraine.

On Monday, the United States and other Western nations pledged unwavering support for Ukraine after 28 civilians were killed in several Russian attacks, including a missile strike on a crowded shopping centre.

Russia denies targeting civilians in what it calls is a “special military operation” to disarm Ukraine and protect it from fascists. Kyiv and its allies in the West say the war is an unprovoked act of aggression.