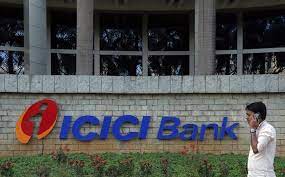 The global rating agency has upgraded the baseline credit assessments (BCAs) to baa3 from ba1.

The upgrade of the BCAs does not result in any change in the deposit ratings because these are already at the same level as the India sovereign rating (Baa3 stable), Moody’s said in a statement on Friday.

“The upgrade of the two banks’ BCAs is driven by improvements in asset quality, capital, and profitability. Their asset quality has seen a significant improvement, with both the gross and net non-performing loans (NPL) ratios declining.

ICICI Bank’s profitability has also benefited from rising net interest margins as the share of the low margin international business has come down in the last four years, it added.

However, it said, Axis Bank’s proposed acquisition of Citigroup Inc’s India consumer assets will result in an approximately 230 bps decline in capital at the bank.

As Axis Bank has good access to capital markets, the ratings agency expects the bank to raise capital to maintain its current capital ratios.

Axis Bank is targeting to close the acquisition by March 2023.