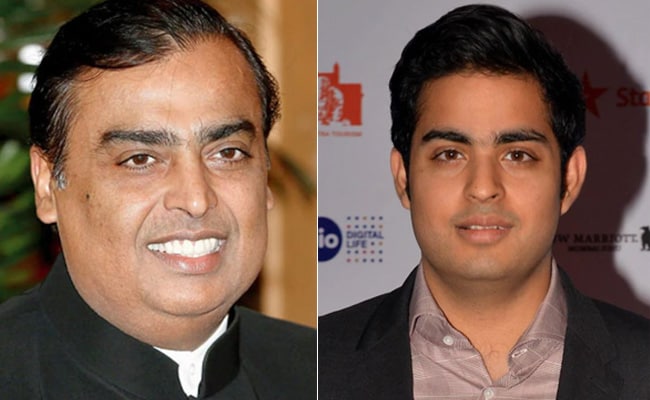 Mukesh Ambani’s first-born will succeed him as chairman of the conglomerate’s telecom unit, kickstarting a leadership transition in one of Asia’s wealthiest families.

Akash Ambani, 30, a non-executive director at India’s No.1 wireless carrier Reliance Jio Infocomm Ltd., was appointed chairman of the board. Mukesh Ambani resigned from the board, the company said in an exchange filing Tuesday, while staying as chair of the holding firm

This is the first instance where Mukesh Ambani has officially taken a backseat, after flagging last year that his children were taking on more responsibilities. Akash was part of teams that negotiated Meta Platforms Inc.’s investment into Jio’s parent, besides leading other key acquisitions.

“This is another clear signal that Mukesh Ambani is taking the next step of redefining his involvement with the group,” said Kavil Ramachandran, a professor and executive director at the Thomas Schmidheiny Centre for Family Enterprise at the Hyderabad-based Indian School of Business. “I hope he has taken care to make this a successful succession by strengthening the team around Akash Ambani.”

For years, Mukesh Ambani has studied the ways in which billionaire families, from the Waltons to the Kochs, passed on what they’d built to the next generation. Recently, that process has intensified — Bloomberg reported last year — with the tycoon eyeing a blueprint for the next stage of his $217 billion empire that seeks to avert the succession warfare that’s torn apart so many wealthy clans including his own.

Akash Ambani, a Brown University alumnus, has studied economics. He married his childhood sweetheart, Shloka Mehta, the daughter of a Mumbai-based diamond trader and jeweler. They had a son, Prithvi, in 2020. Akash has a twin sister Isha and younger brother, Anant.

His elevation comes at a time when the Reliance group, dominated by fossil-fuel profits, is pivoting toward consumer offerings. Jio, since its debut in 2016, has shaken up India’s telecommunications industry with free calls and cheap data, forcing a consolidation that whittled down carriers to three from about a dozen four years ago.

Mukesh Ambani will continue to be the chairman of Jio Platforms Ltd., the flagship company that owns all Jio digital services brands including Reliance Jio Infocomm.