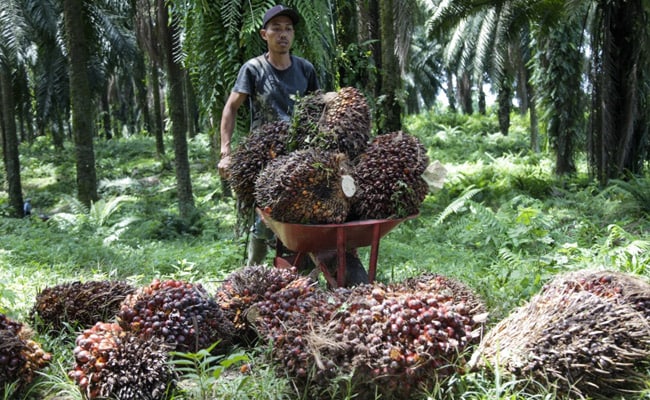 Palm oil imports had slid 33 per cent in May

India’s palm oil imports declined by 33.20 per cent to Rs 5,14,022 tonne during May this year, but there was sharp rise in shipment of RBD palmolein oil by refineries, industry body Solvent Extractors Association (SEA) said on Tuesday.

The share of palm oil is about 50 per cent of the country’s total vegetable oil imports.

According to the SEA, Indonesia has lifted the ban on export of palm oil with some conditions from May 23 and also reduced export tax. This will increase exports from Indonesia and have a dampening effect on global prices.

Among palm oil products, import of crude palm oil (CPO) declined to 4.09 lakh tonnes in May this year, from 7.55 lakh tonnes in the year-ago period, as per the SEA data.

However, the import of RBD palmolein rose sharply to 1 lakh tonnes from 2,075 tonnes, while that of crude palm kernel oil (CPKO) declined to 4,265 tonnes from 11,894 tonnes in the said period.

Among soft oils, the import of soyabean oil increased sharply to 3.73 lakh tonnes in May this year, as against 2.67 lakh tonnes in the same period of the previous year.

Whereas import of sunflower oil fell marginally to 1.18 lakh tonnes, as against 1.75 lakh tonnes in the said period.

According to the SEA, edible oils stock as on June 1 this year, was estimated to have been at 4.84 lakh tonnes and about 17.65 lakh tonnes was awaited.

India imports palm oil mainly from Indonesia and Malaysia, and a small quantity of crude soft oil, including soyabean oil from Argentina. Sunflower oil is imported from Ukraine and Russia.