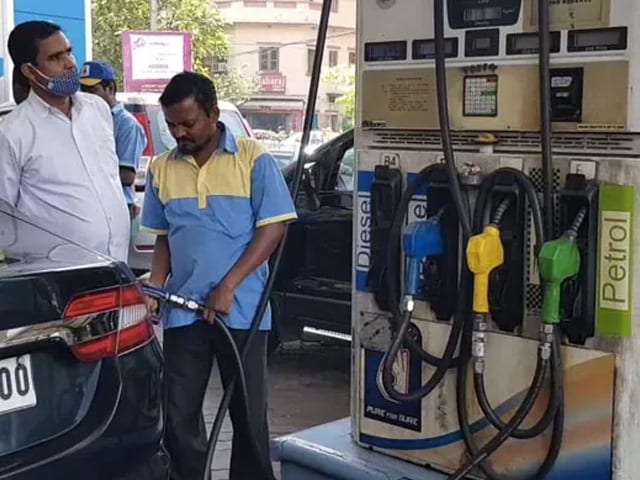 Why a further cut in petrol and diesel prices is not likely anytime soon? Fuel rates have been kept steady for a month after the government’s much-needed move to cut excise duty on May 21. A monthly economic report released by Finance Ministry showed that the government revenues have taken a hit following the reduction fuel excise duty.

This indicates that a further cut may not be on the cards as it could pose “risk to budget level of gross fiscal deficit”.

Currently, a litre of petrol costs Rs 96.72 in the national capital, while the diesel rate stands at Rs 89.62 per litre.

Observing that the capital expenditure (capex) budget for 2022-23 (FY23) is expected to underpin growth, the Finance Ministry report said an upside risk to the budgeted level of gross fiscal deficit has emerged following cuts in excise duties on diesel and petrol.

“Increase in the fiscal deficit may cause the current account deficit to widen, compounding the effect of costlier imports, and weaken the value of the rupee thereby further aggravating external imbalances, creating the risk (admittedly low, at this time) of a cycle of wider deficits and a weaker currency,” the report further said.

A fiscal deficit is the shortfall of Centre’s income against its spending, while current account deficit records the value of exports and imports of goods and services.

India is among the world’s biggest oil-importing nations, and the consumers are price-sensitive.

No Respite In Global Crude Rates

“Supply concerns are unlikely to subside unless there is a resolution to the Russia-Ukraine war, or unless we see a sharp rise in supply from either U.S. or OPEC,” Madhavi Mehta, Commodity Research Analyst at Kotak Securities, told news agency Reuters.

What is likely to further dent global sentiment is the U.S. plans to impose further sanctions on Russia for its invasion of Ukraine, underscoring sentiment the war on the edge of Europe is not likely to abate anytime soon.

U.S. Treasury Secretary Janet Yellen has said that the America is in talks with Canada and other allies globally to further restrict Moscow’s energy revenue by imposing a price cap on Russian oil without causing spillover effects to low-income countries.