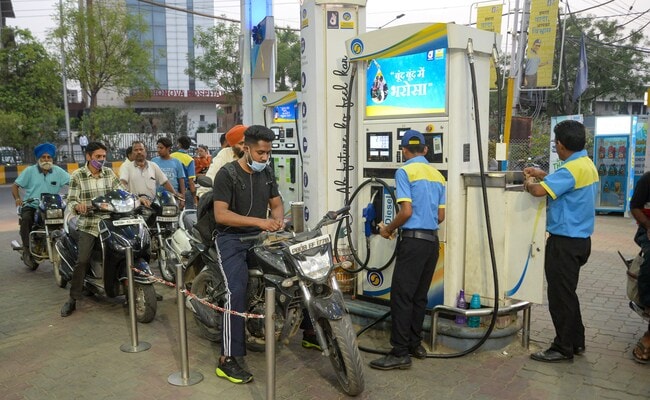 Government on Wednesday said that production of petrol and diesel in the country is more than sufficient to take care of any demand surge, amid reports of people queueing up at fuel stations in Rajasthan, Madhya Pradesh and Karnataka.

In a statement issued by the Petroleum Ministry on Wednesday, it said that “In the past few days, some areas have reported a big increase in instances of rush at the public sector undertaking (PSU) retail outlets, leading to delays and increased waiting time for customers. This has, in turn, led to speculation of supply constraints by the oil marketing companies”.

However it said that “The production of petrol and diesel in the country is more than sufficient to take care of any demand surge. This unprecedented growth has created some temporary logistics issues at the local level. Oil companies have geared up to tackle these issues…”.

The oil marketing companies are ensuring that sufficient supplies of petrol and diesel are available to cater to this extra demand, and they are committed to fulfill the energy needs of the nation, the ministry statement said.

“It is a fact that at specific locations in some states, there has been a significant increase in demand for Petrol and Diesel, with an increase being as high as 50 per cent during the first half of June 2022 over corresponding period of last year. In particular, this has been noticed in Rajasthan, Madhya Pradesh and Karnataka,” the ministry said.

It further noted that these are states where large quantity of supply was being done by retail outlets belonging to private marketing companies and where the distances from supply locations i.e. terminals and depots are longer.

Listing out measures being undertaken by retailers to ensure supply to these areas, the ministry said that stocks at depots and terminals are being enhanced while extra movement of tank trucks and lorries to serve retail outlets is also being ensured.

Earlier on Tuesday, Indian Oil, the country’s largest fuel retailer had to issue a statement saying that fuel supply at petrol pumps is “absolutely normal” and there is no shortage.

The statement had to be issued after long queues were seen at petrol pumps across Rajasthan and Uttarakhand amid rumours that there is acute shortage of petrol and diesel due to Saudi Arabia cutting supplies to India.

Avalanche ready to end Lightning’s Stanley Cup run: ‘You want to beat the best to be the best’