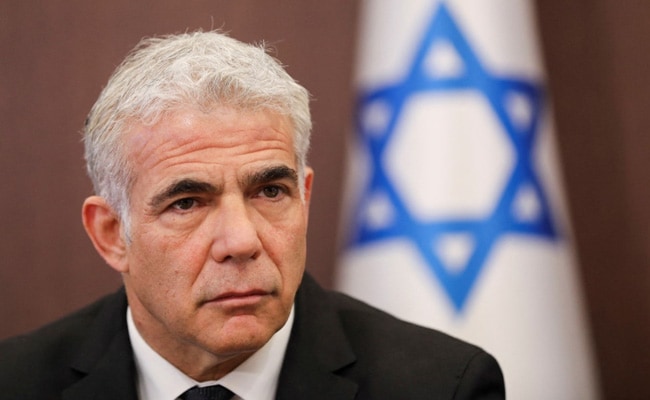 If the bill is approved, Yair Lapid will take over as premier of a caretaker government in Israel.

The leaders of Israel’s governing coalition said Monday that they will submit a bill next week to dissolve parliament, legislation that would force new elections if approved.

“After exhausting all efforts to stabilise the coalition, Prime Minister Naftali Bennett and… (Foreign Minister) Yair Lapid have decided to submit a bill” dissolving parliament “next week”, the two leading coalition partners said in a statement.

They also said that if the bill is approved, Lapid will take over as premier of a caretaker government.

Should that happen, it would be Lapid who would host US President Joe Biden during his scheduled visit to Israel next month.

The ideologically divided eight-party alliance was forged one year ago and includes religious nationalists, like Bennett, Lapid’s centrist Yesh Atid party, left-wingers and, for the first time in Israeli history, lawmakers from an Arab Islamist party.

But the coalition, cobbled together to end the tenure of divisive leader Benjamin Netanyahu, was under threat from its inception.

It lost its majority in Israel’s 120-seat parliament in April when a member of Bennett’s Yamina party announced her departure.

Recent divisions over the renewal of a measure that allows Jewish settlers in the occupied West Bank to live under Israeli law caused fresh friction, with some left-wingers refusing to back it.

That was anathema to hawks in the alliance, notably Justice Minister Gideon Saar, who reject any notion that West Bank settlers live outside Israel.

The Netanyahu-led opposition had warned it would submit its own bill to dissolve parliament on Wednesday but Bennett and Lapid appear to have moved to pre-empt that opposition move.