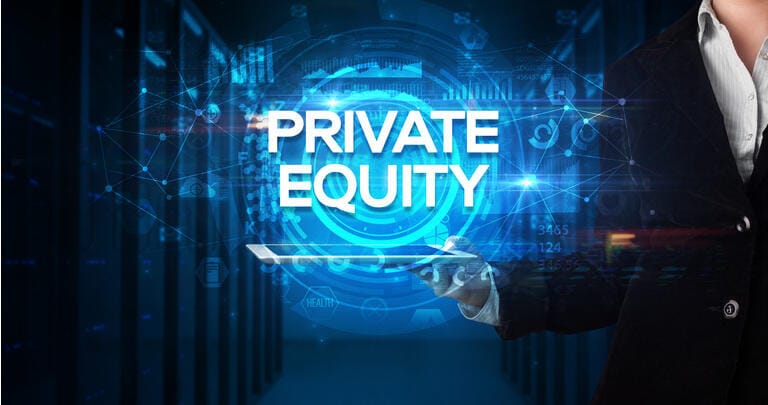 Private equity bosses are finding history to be a lousy guide as they hunt for clues on how to work through the turmoil in global markets.

Industry executives were in a sober mood as they met at the SuperReturn International conference in Berlin this week to discuss a multitude of challenges, from rampant inflation and rising rates to Russia’s ongoing war in Ukraine and the looming threat of recessions.

“I don’t think there is a playbook we can turn to from the global financial crisis or the dotcom bust or anything else,” Matt Cwiertnia, co-head of private equity at Ares Management Corp., told attendees.

“You need to be paranoid now and get in early with your companies to help them navigate through this.”

This year’s conference drew more than 3,000 people — the most ever — and a common remark from those who took to the stage at the InterContinental hotel on Budapester Strasse was that few in the room will have had the experience of investing in a recessionary environment.

“This is new stuff people are processing,” said Nikos Stathopoulos, chairman of Europe at BC Partners. “We have never experienced inflation and I am in this industry for 25 years.” 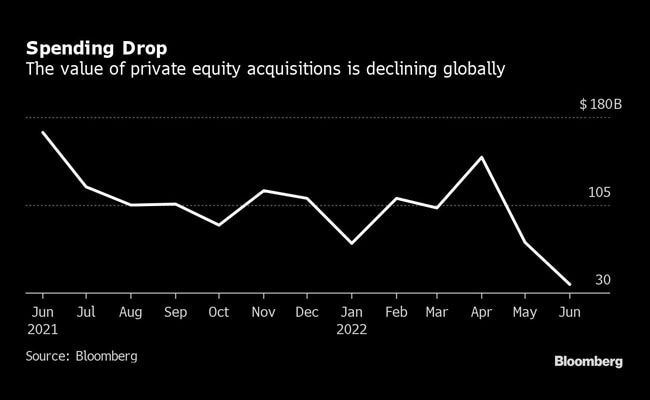 More than a decade of buoyant fundraising and loose monetary policy fueled a boom in private equity dealmaking that made many firms comfortable with spending big in an ultra-competitive market for assets.

That led to sky-high valuations that were described as “bananas” at the last SuperReturn meet-up in November.

The multiples paid for growth at the top of the market, which General Atlantic’s head of Europe, the Middle East and Africa Gabriel Caillaux put at “three or four” times what a firm would be willing to spend today, may start to become an albatross for the industry.

“I think those who hadn’t adjusted their underwriting decisions during that period of time are going to wake up with a terrible hangover,” Caillaux said on one panel this week.

Those pricey deals were financed with an abundance of easy credit when banks were happy to lend before selling on the risk.

But concern about a recession is hurting demand for leveraged loans and making banks wary of being stuck with unsellable debt. Even the likes of JPMorgan Chase & Co. are pulling business.

“A fair amount of people in this room have never invested in an inflationary, rising rate environment because the cost of capital has been at zero for the last 14 years,” said David Sambur, co-head of private equity at Apollo Global Management Inc.

“We’ve always maintained our discipline of purchase price matters, which is why we believe we are well positioned for this emerging cycle.”

The tougher field for financing has left buyout firms to turn to private debt funds for loans. Michael Arougheti, chief executive officer at Ares, told a crowd at SuperReturn that he expected these credit specialists to outperform private equity as an asset class this year.

To be sure, the value of private equity dealmaking remains high against historical averages. And despite the pursuit of fresh investor capital becoming more challenging, there’s still enough money and risk appetite in the industry to seek out opportunities amid the dislocation.

“A good macro environment is not necessarily a good investment environment and vice versa,” said Marco De Benedetti, co-head of private equity in Europe at Carlyle Group Inc. “We remain quite bullish on the pipeline, especially on carveouts.”

Executives at other firms are working among themselves and with management of their portfolio companies to reevaluate goals for the next year or two in light of the changing macroeconomic environment.

“It is very important not to panic,” Shikha Ahluwalia, an associate at Balderton Capital, said in an interview. “Diamonds are made under pressure.”