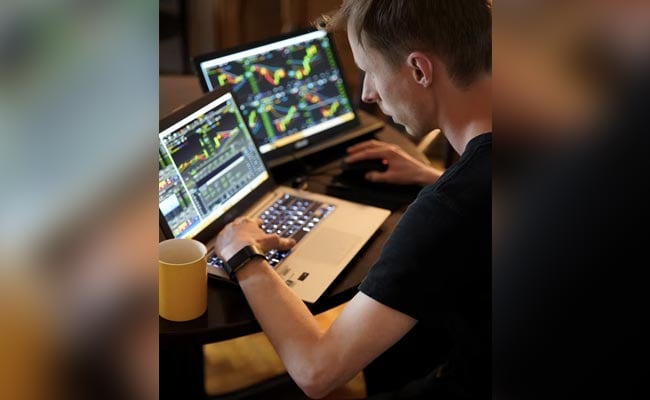 The recent uptick in risk assets seems to be a pause before the plunges and a clear pointer to high volatility on differing opinions on the economic impact.

But broadly, the bears are winning this round, with the bulls surfacing from underwater once in a while to take a breather.

“We are seeing a little bit of lower yields, a bit of haven buying, which suggests that perhaps markets are starting to become concerned about some form of slowdown,” Michael Hewson, chief markets analyst at CMC Markets, told Reuters.

He added that such concerns were reflected in the prices of copper and oil, causing a little weakness in equity markets. “A slowdown is coming, and it’s really about degree.”

The MSCI all-country share index is down over a fifth this year and was down on Thursday. Asian and European bourses were not faring any better, barring a relief rally since Monday after world stocks had their worst week since the pandemic-led steep fall.

STOXX share index of 600 European companies fell to a new low for the year, and futures trading for Nasdaq and the S&P 500 pointed to a lower opening.

Copper and crude oil prices sank on demand worries from a global slowdown and limited spending.

US Treasury yields eased after Federal Reserve Chair Jerome Powell, in testimony to the Senate Banking Committee, underlined the central bank’s commitment to cutting inflation at all costs and acknowledged a recession was “certainly a possibility”.

With the Fed widely forecast to deliver another 75-basis-point interest rate hike in July, and many more before the end of the year, investors’ sentiment has soured.

Fed Chief Jerome Powell will give his second day of congressional testimony later on Thursday.

Baird’s Spencer said there had been so much damage to stock markets that they had largely discounted a recession already.

“If you look at the data, I think at worst what you are looking at is, maybe, a mild recession. I believe the markets are in a bottoming process, and maybe you’ve only got another 5 per cent downside.”

Concerns about the demand outlook have sapped commodity prices, with oil tumbling on Thursday to the lowest in more than a month. Brent crude was down over 1.7 per cent to below $110 a barrel.

Iron ore was already at six-month lows, having lost more than 20 per cent in recent weeks, while copper struck a 15-month trough overnight.

The dollar gained against a basket of major currencies, with the index exceeding 8 per cent for the year, reflecting the broad risk-off sentiment and the dollar’s Fed-driven yield advantage.

Gold was slightly lower, with spot prices traded at $1,837 per ounce, little changed on the day.