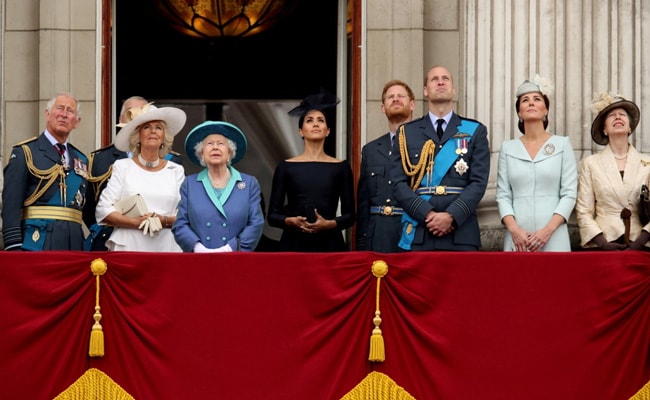 The royal family released the annual report of its household expenses on Thursday. (Reuters Photo)

Spending by the British royal family exceeded its income from public funds last year to top 100 million pounds for the first time, according to annual royal finances report published on Thursday. The multi-million-pound renovation of Buckingham Palace helped to drive up the bill for the royal family.

As COVID-19 restrictions eased, the in-person visits of the members of the British royal family resumed, and their travel cost rose from 1.3 million pounds to 4.5 million pounds, according to the Sovereign Grant Report.

It said that the Queen and members of the royal family undertook almost 2,300 official engagements across the United Kingdom and overseas, with international travel resuming to pre-pandemic levels.

When it comes to spending, the royal family spent 16.1 million pounds more than it earned from the Sovereign Grant – the publicly funded part of its income.

The total spending last year was 102.4 million pound as the building work on the palace reached an intensive phase.

Many UK publications reported that there is a 40 per cent increase in the repair cost of Buckingham Palace, which has completed half of its 10-year repair journey.

The report justifies the rise in repair cost, saying it was needed to get the building ready to host Queen Elizabeth II’s Platinum Jubilee celebrations at the beginning of June.

The report showed the pandemic was still curtailing the family’s earning power. “Looking ahead, with the Sovereign Grant likely to be flat in the next couple of years, inflationary pressures on operating costs and our ability to grow supplementary income likely to be constrained in the short term,” keeper of the Privy Purse Michael Stevens was quoted as saying by news agency AFP.

The Crown Estate’s net income is handed to the Treasury under an agreement sealed in 1760.

Large Inflatables For Your Business Event

How Can Immigration Consultant Assist You Settling In Abroad?

How Can Immigration Consultant Assist You Settling In Abroad?