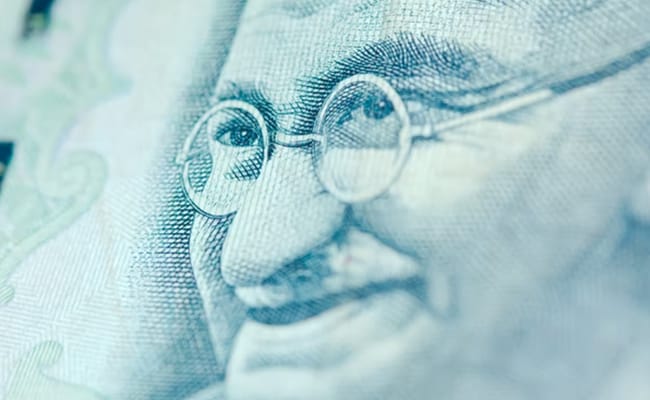 Tuesday saw new lows for the rupee versus the dollar as rising oil prices stoked worries about long-term inflation. However, sporadic dollar sales by the central bank helped contain losses.

After ending at record lows in each of the previous four trading sessions, the rupee plummeted to a new intraday low of 78.78 against the dollar, following the decline in Wall Street’s performance overnight and the comeback in oil prices after last week’s collapse.

Reuters quoted the partially convertible rupee at 78.75/76 per dollar, compared to its close of 78.34 on Monday. PTI reported that the domestic currency fell 41 paise to hit its intra-day record low of 78.78 per dollar.

Historically, the weaker rupee has moved in sync with the BoP deficit, the note said, adding that “we see a sharp BoP deficit of $61 billion and CAD/GDP at 3.2 per cent ($112 billion) in FY23E.”

“With crude rising yet again, we could see rupee head towards 79-79.50 levels in the next week or so depending on what the central bank does,” a senior trader at a private bank told Reuters.

This is true even though the dollar index, a measure of the greenback’s performance against a basket of six different currencies, was trading slightly lower on the day.

“The rupee extended its fall on Tuesday morning despite weakness in the dollar index. A rebound in crude oil prices and talks of more economic sanctions on Russia pushed the rupee lower. FII selling in the domestic markets is continuing, which is also putting pressure on the rupee,” said Rahul Kalantri, Vice President for Commodities at Mehta Equities.

Further, economic sanctions on Russia could lead to volatility in global energy prices and pressure on emerging market currencies. We expect the rupee to remain volatile to weak this week and may cross 78.90 levels,” he added.

Oil prices rose for a third day as supply worries increased due to political turmoil in Libya and Ecuador. Big exporters Saudi Arabia and the United Arab Emirates appeared unlikely to be able to increase production considerably.

Dealers claimed that although the Reserve Bank of India occasionally sold dollars through state-run banks to halt the rapid depreciation of the rupee, the system’s demand for dollars was much higher.

According to analysts, the growing LIBOR-OIS gap is a sign of the stress on the world’s dollar funding, and the RBI’s substantial forwards market intervention has made the local dollar shortage crisis worse.

The one-year onshore forward dollar premiums have fallen below 3 per cent due to the RBI selling forward dollars rather than injecting rupee liquidity into the system.

“Allowing INR to weaken over time gently is the right strategy, giving CAD space to improve,” she added.

Jigar Trivedi, a research analyst at Anand Rathi Shares and Stock Brokers, told Reuters that he expects the rupee to depreciate towards 80-81 per dollar levels by the year-end, weighed down by the twin deficits and rising interest rate differentials.

The rupee hitting all-time lows repeatedly has pushed India’s foreign exchange reserves to fall to their lowest in over a year, dropping nearly $6 billion to about $591 billion in the week ending June 17, data showed.

For the third week in a row, the nation’s foreign exchange reserves had decreased. Over the last three weeks under scrutiny, it has fallen by $10.785 billion.

That fall in the country’s import cover is primarily driven by the dollar’s surge across the board, with emerging market currencies taking a bigger hit.

The latest rupee’s performance, and with the RBI participating actively in the spot and futures FX markets to defend the fledgling currency, point to further erosion in the country’s import war chest.