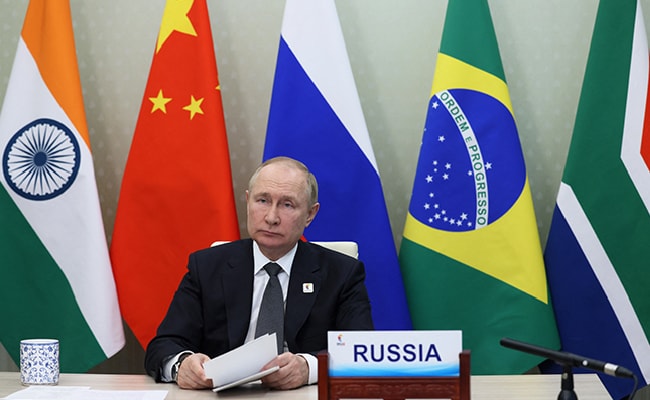 An influential group of emerging economies said they backed talks between Moscow and Kyiv, at the end of a two-day summit held against the backdrop of Russia’s war on Ukraine.

Beijing has been hosting a virtual forum of the BRICS nations — Brazil, Russia, India, China and South Africa — which account for over 40 percent of the global population and nearly a quarter of the world’s gross domestic product.

Three members — China, India and South Africa — have abstained from voting on a UN resolution condemning Russia’s invasion, and President Vladimir Putin has urged them to snub Western countries appalled by the attack on a European neighbour.

The five countries said in a declaration issued late Thursday that they “support talks between Russia and Ukraine” but did not lay out a pathway towards ending the war.

The countries said they had “discussed our concerns over the humanitarian situation in and around Ukraine” and expressed support for international agencies “to provide humanitarian assistance”.

The United States and the European Union have slapped Russia with a barrage of sanctions since it invaded Ukraine on February 24.

But China and India have attempted to stay above the fray, wary of damaging strong military and commercial links with Moscow.

South Africa, one of the few African countries wielding diplomatic influence outside the continent, has also refused to condemn Russia to safeguard important economic ties.

China and Russia have also touted a “no-limits” partnership with President Xi Jinping last week sending Putin a message of support on “sovereignty and security” issues.

The Russian President on Thursday called on BRICS leaders to work together to offset “selfish actions” from the West and push for a “truly multipolar system of inter-government relations”.

Xi said Wednesday on the eve of the forum that the “Ukraine crisis is… a wake-up call” and branded sanctions a “boomerang and a double-edged sword”.