The Moment Norwegian Cruise Ship Smashes Into Iceberg In Alaska 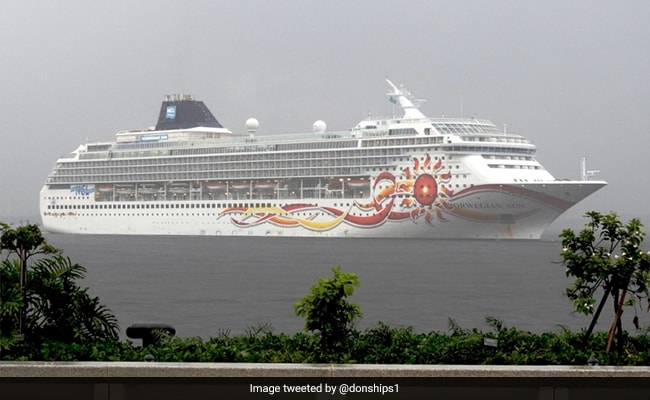 No passengers were reported as injured during the collision.

A chilling video from terrified passengers on board a Norwegian Cruise ship captured an iceberg that was struck by a vessel near Alaska over the weekend. According to CNN, the Norwegian Sun ship was transitioning to Hubbard Glacier in Alaska as part of a nine-night trip when it suddenly plowed into the “growler” iceberg on Saturday.

Video shared on Twitter showed a sizeable hunk of translucent grey ice bobbling above the surface as the side of the ship nudged. Panicked onlookers can be heard in the background as the ship collides with the moderately sized iceberg in the middle of the ocean.

A “growler” is categorised as an iceberg that is less than two meters across and has less than one meter showing above the water.

As per the outlet, the company confirmed that it has cancelled the remainder of the cruise, and the ship has returned to the port of Juneau for a safety assessment. A member from the Coast Guard Sector Juneau Prevention Team and contracted divers assessed damage to the right front side and determined the ship was seaworthy to go back to Seatle, its home port, for repairs.

The Norwegian Cruise Line (NCL) said that the ship was given clearance by the United States Coast Guard and other local maritime authorities to return to Seatle at a reduced speed. “All guests currently onboard will disembark in Seatle as originally planned,” it added.

No passengers were reported as injured during the collision, in which several bits of port infrastructure was damaged along with “cosmetic” damage caused to the vessel.