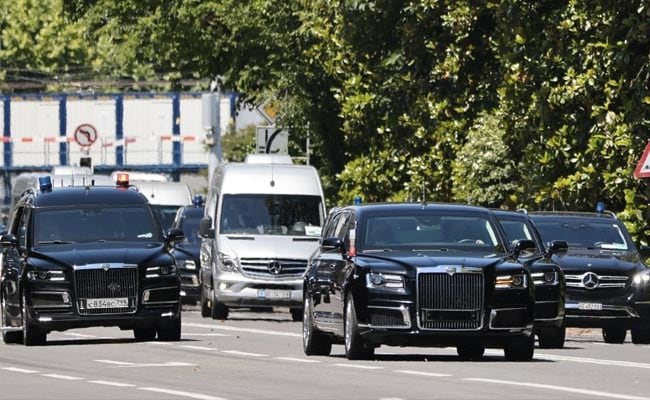 Vladimir Putin’s limousine was also part of the motorcade on Saturday. (File Photo/AFP)

A video showing a motorcade racing towards the Kremlin building has given rise to speculation about Russian President Vladimir Putin, especially after various news reports about his health. The Russian government had to issue a denial after reports said that Mr Putin entered the Kremlin but never left afterwards.

The 38-second video shared on Twitter on Saturday showed several vehicles with flashing lights heading towards the Kremlin, in Moscow, as several bystanders looked on. Mr Putin’s armoured limousine was also part of the motorcade.

Motorcade rushing to the Kremlin at 23:00 local time in Moscow. (About 1 hour ago) pic.twitter.com/0qHe3uCRw4

The footage was captured at 11pm local time, according to Russian language Telegram channel vckogpu. Newsweek carried the English translation of the accompanying text that reads: “Usually such night visits to something important. Especially against the background of topics discussed with [Belarussian President Alexander] Lukashenko.”

But, the Russian government denied reports that President Putin will give an emergency statement. “No, that’s not true,” Kremlin spokesperson Smitry Peskov was quoted as saying by Newsweek.

The Telegraph, meanwhile, reported that hours after Mr Putin’s motorcade entered Kremlin, Russian missiles hit an apartment block in Ukraine’s capital Kyiv – the first time this has happened since April.

A building in central Kyiv was partly destroyed by the missile strike and the rescuers pulled out a seven-year-old from under the rubble, the report further said.

“I heard four explosions, the first not too loud, the last three very loud, rattling the windows,” Oleg Bobkov, a construction worker was quoted as saying by The Telegraph. “I fled down to the basement.”

In the ongoing war, Ukraine has now lost Severodonetsk to advancing Russian troops. Ukrainian President Volodymyr Zelensky, who will address G7 leaders on Monday, said cities as far away as Lviv, near the Polish border, had been struck by a wave of attacks on Saturday.

As the war enters its fifth month, the capture of Severodonetsk in the embattled Donbas region marks an important strategic win for Moscow, which is seeking full control over the east of the country after failing in its early objectives.