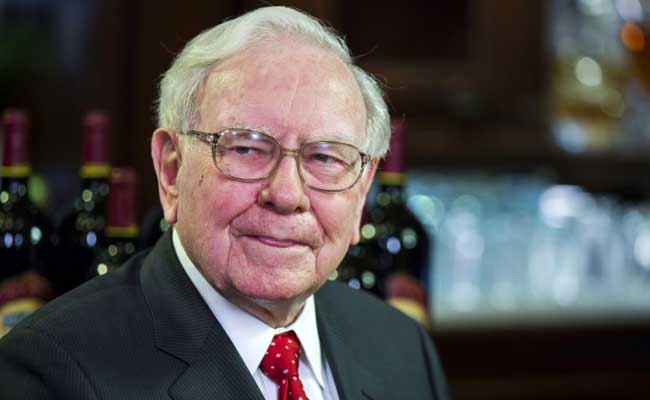 Warren Buffet has raised over $53.2 million for Glide in 21 auctions. (File)

An anonymous bidder has paid a record-breaking $19 million to have a private lunch with legendary investor Warren Buffet.

According to CNN, the sale was a part of the 21st and final time that the billionaire businessman auctioned a private lunch, in collaboration with eBay, to benefit a San Francisco charity. Bidding started on June 12 at $25,000 and ended last week on Friday with a record-breaking $19,000,1000 from an anonymous bidder.

The proceeds will now benefit Glide, a non-profit in San Francisco’s Tenderloin district that helps people without homes or who are battling addiction. Glide offers meals, shelter, drug tests, job training and more.

As per the outlet, the mystery winner will enjoy a private steak lunch with Mr Buffett, the chairman and chief executive of Berkshire Hathaway, and up to seven guests at Smith & Wollensky Steakhouse in New York City.

Notably, this is the last year of the “Power Lunch” with Mr Buffet. The auction was first started by the late Susie Buffett in 2000. Since 2003, eBay has managed the auction, CNN reported.

“On behalf of GLIDE and those we serve, I thank Warren Buffett for his unwavering generosity, partnership and dedication, and for his incredible contribution to our mission,” said the organization’s president and CEO Karen Hanrahan.

“We are incredibly proud that Warren Buffett’s final “Power Lunch” has broken our all-time record of funds raised, with all proceeds supporting GLIDE’s efforts to create pathways out of crisis and transform lives,” said eBay CEO Jamie Iannone.

The winning bid on Friday far surpassed the previous record of $4.57 million, paid in 2019, by cryptocurrency entrepreneur Justin Sun. Mr Buffet has raised more than $53.2 million for Glide in 21 auctions.