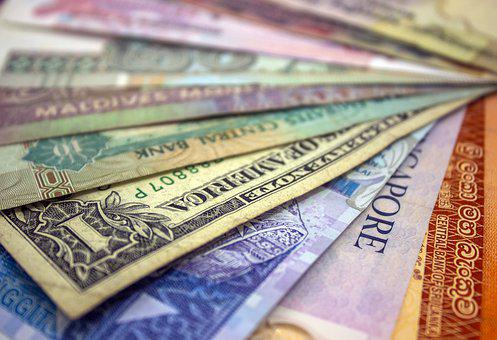 India’s foreign exchange reserves fell to their lowest in over a year, dropping nearly $6 billion to about $591 billion in the week ending June 17, data showed.

For the third week in a row, the nation’s foreign exchange reserves had decreased. Over the last three weeks under scrutiny, it has fallen by $10.785 billion.

That fall in the country’s import cover is primarily driven by the dollar’s surge across the board, with emerging market currencies taking a bigger hit along with the Japanese yen.

The rupee has declined significantly, hitting new record intra-day lows and all-time low closes – almost every other day since breaching the 77 per dollar market just after the Russia-Ukraine war started in late February.

The rupee breached the 78 per dollar rate for the first time on June 13, during the latest RBI reporting period for the forex reserves.

“A phrase starting to be used more broadly amongst the central bank community is the need for ‘more forceful’ monetary tightening to address inflation,” Chris Turner, Global Head of Markets at ING, had noted.

“Central bankers driving real interest rates higher will be a continued headwind for risk assets and pro-cyclical currencies. This is a dollar-positive environment. As above, one is starting to hear of the need for ‘more forceful’ monetary tightening around the world now,” he added.

If the rupee’s performance is anything to go by, and with the RBI participating actively in the spot and futures FX markets to defend the fledgling rupee, further erosion in the country’s import war chest is more likely.

Indeed, the rupee hit a new life-time low close of 78.33 against the US dollar on Friday.

A further breakdown of the RBI report showed all components of the country’s foreign exchange reserves declined during the week under review.

The foreign currency assets (FCA), which are the biggest component of the forex reserves, decreased by $5.362 billion to $526.882 billion, according to a PTI report.

The value of the appreciation or depreciation of non-US currencies held in foreign exchange reserves, such as the euro, pound, and yen, is included in the foreign currency assets (FCA), expressed in dollar terms.

The Special Drawing Rights (SDRs) of the International Monetary Fund (IMF) fell by $233 million to $18.155 billion in the week ending June 17.

The information showed that the country’s reserve position with the IMF fell by $17 million to $4.968 billion during the reporting week.