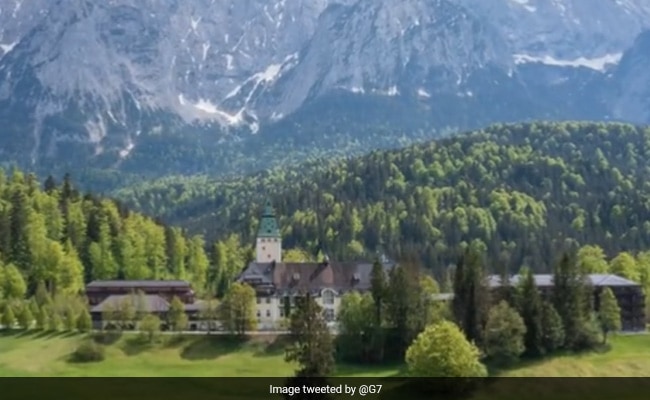 The venue of the G-7 summit

Schloss Elmau, the venue of G7 summit in Germany, has a deep Indian connection with visitors being welcomed by Lord Ganesha and a motif of elephant running through the facility.

Official sources said the Indian influence on Schloss Elmau, which had hosted the annual meeting of leading democratic economies in 2015 too, is attributed to its owner Dietmar Muller, who had lived in India in his youth and was involved in charitable activities. He had also made investment in the information technology sector.

A restaurant has also been named after God Ganesha, who is associated with new beginnings and revered for his ability to remember and judge.  Several yoga and wellness centres in Schloss Elmau have Indian names, including Ananda spa Restaurant, Jivamukti Yoga Studio and Shantigiri spa, officials noted. They added that Muller has spoken about the reason for his deep India connection, saying the inspiration of “individual freedom is very pronounced” there.

Inspired by Indian architectural designs and woodwork, he has brought the majority of floor-to-ceiling windows, furniture and curtains for his hotel from India and other Asian countries.

Host to several musical concerts throughout the year, Indian classical music aficionados from Germany and other European countries flock to the Schloss Elmau for an authentic musical experience from Indian artists, official sources said.

Informal Economy May Employ More Than 2 Crore People By 2029-30: Report

Informal Economy May Employ More Than 2 Crore People By 2029-30: Report