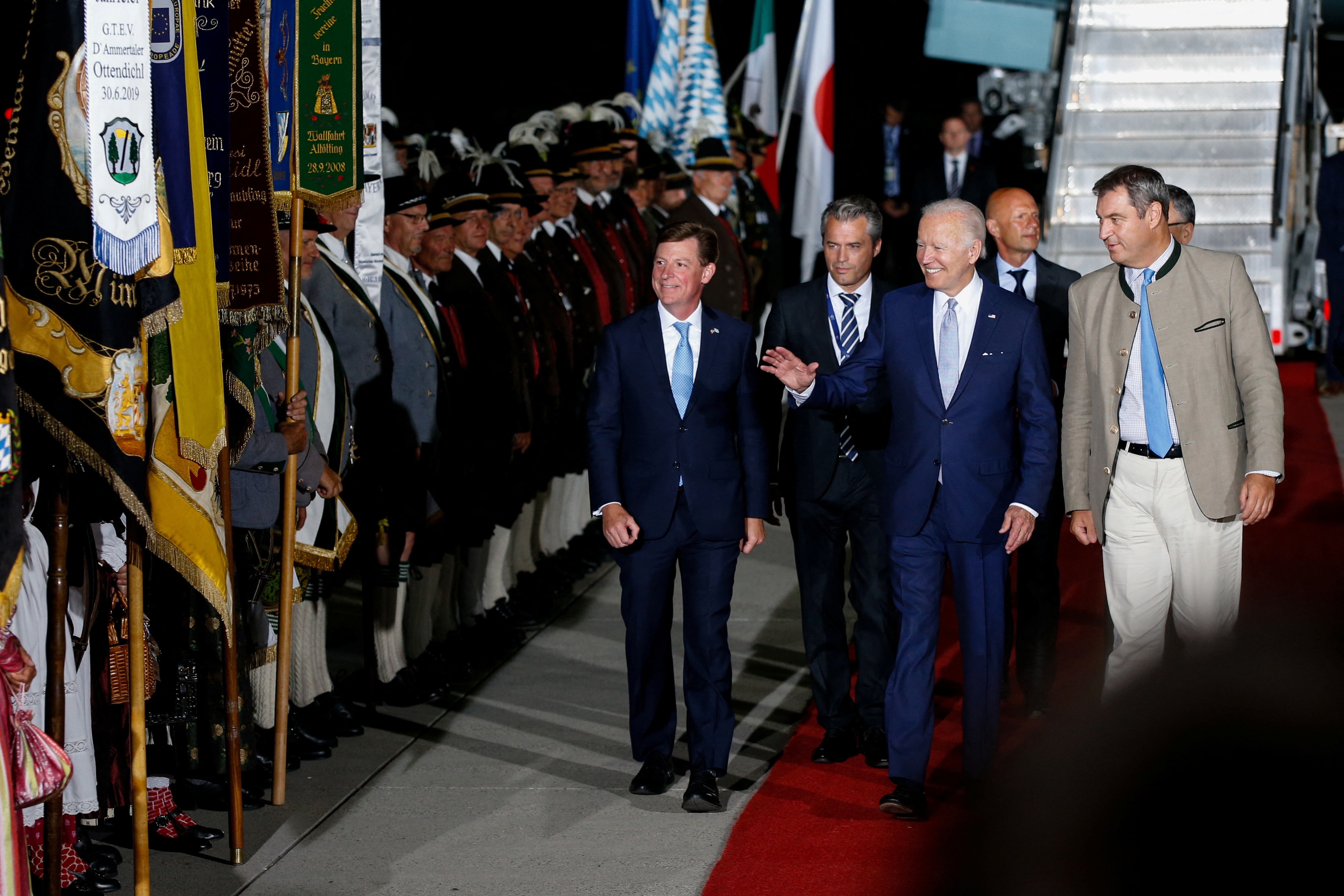 German Chancellor Olaf Scholz welcomes leaders of the Group of Seven rich democracies on Sunday to a three-day summit in the Bavarian Alps overshadowed by the war in Ukraine and its far-reaching consequences, from energy shortages to a food crisis.

The summit takes place against a darker backdrop than last year when the British, Canadian, French, German, Italian, Japanese and U.S. leaders met for the first time since before the COVID-19 pandemic and vowed to build back better.

Soaring global energy and food prices are hitting economic growth in the wake of Russia’s invasion of Ukraine.

The United Nations warned on Friday of an “unprecedented global hunger crisis”.

Climate change, an increasingly assertive China and the rise of authoritarianism are also set to be on the agenda.

The G7 leaders are expected to seek to show a united front on supporting Ukraine for as long as necessary and cranking up pressure on the Kremlin – although they will want to avoid sanctions that could stoke inflation and exacerbate the cost-of-living crisis affecting their own people.

“The main message from the G7 will be unity and coordination of action… That’s the main message, that even through difficult times… we stick to our alliance,” an EU official said.

The G7 partners are set to agree to ban imports of gold from Russia, a source familiar with the matter told Reuters. A German government source later said that leaders were having “really constructive” conversations on a possible price cap on Russian oil imports.

The summit takes place at the castle resort of Schloss Elmau at the foot of Germany’s highest mountain, the Zugspitze – the same venue as when the country last hosted the G7 annual meet-up in 2015. Then too, Russian aggression against Ukraine dominated the agenda a year after Moscow’s invasion of Crimea.

The summit is also a chance for Scholz to capitalise on being the host by displaying more assertive leadership on the Ukraine crisis.

The chancellor vowed a revolution in German foreign and defence policy after Russia’s invasion in February, promising to bolster the military with a 100 billion euro fund and send weapons to Ukraine.

But critics have since charged him with foot-dragging and sending mixed messages by warning that Russia might perceive NATO as a war party and highlighting the risk of nuclear war.

The G7 was founded in 1975 as a forum for the richest nations to discuss crises such as the OPEC oil embargo.

It became the G8 after Russia was admitted six years after the fall of the Soviet Union. But Moscow was suspended in 2014 after it annexed Crimea from Ukraine.

This year, Scholz has invited as partner countries Senegal, currently chairing the African Union, Argentina, currently heading the Community of Latin American and Caribbean States, as well as Indonesia and India, the current and next hosts of the G20 group of large industrial nations, as well as South Africa.

“The summit must send not only the message that NATO and the G7 are more united than ever, but also that the democracies of the world stand together against Putin’s imperialism just as they do in the fight against hunger and poverty,” Scholz told the German parliament this week.

Many countries of the global south are concerned about the collateral damage from western sanctions.

An EU official said G7 countries would impress upon the partner countries that food price spikes hitting them were the result of Russia’s actions and that there were no sanctions targeting food. It was also a mistake to think of the Ukraine war as a local matter.