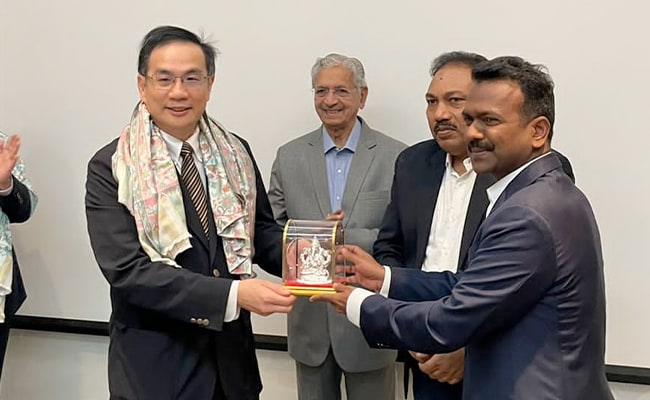 Foxconn, the largest electronics manufacturer in the world, is exploring the South Asian market for its next venture to build for the world. To this effect, Foxconn has held successful rounds of meetings with Prime Minister Narendra Modi and IT Minister Ashwini Vaishnaw, an official statement said.

“Pune has emerged as the most natural choice for Foxconn with one of the best talent pool, industrial ecosystem, consumer base and residential spaces in Asia. Foxconn will be joining a league of global OEMs and world class suppliers and will partner with the state to build the world’s electronics and supply chain backbone,” the statement further added.

In the last two years, Maharashtra has secured more than Rs 6 lakh crore worth of investments and has also allocated world class industrial land, infrastructure, and facilities to more than 80 per cent of these investors in record time, a state government statement said.

“With pioneering policies that are both lucrative to the investor and strengthen the state’s sectoral value addition, manufacturing and skilling ecosystems, Foxconn’s vision for the future closely aligns with the state’s goal of attracting global partners with a long term vision,” it added further.