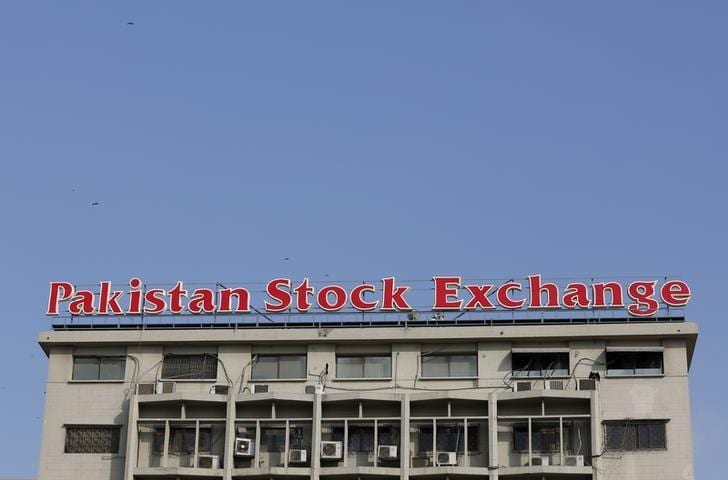 The Pakistan Stock Exchange plunged by more than 2,000 points or nearly 5 per cent in just 22 minutes of manic trade at noon on Friday after Prime Minister Shehbaz Sharif announced a new “super tax” on large-scale industries that spooked investors.

Mr Sharif on Friday announced a 10 per cent “super tax” on large-scale industries like cement, steel and automobile, a move he said was aimed at tackling spiralling inflation and saving the cash-strapped country from going “bankrupt.” High net worth individuals will also be subject to a “poverty alleviation tax,” the premier said in his address to the nation.

Moments after Mr Sharif’s announcement, the benchmark KSE-100 index was down by 2,053 points or 4.8 per cent.

Raza Jaffar of Topline Securities said the “super tax” announced on Friday had caused mayhem in the stock market and had spooked investors’ confidence.

“The negative reaction of the market is not surprising as this new tax is going to hurt corporate profitability,” he said.

Based on the PSX rule book, if the index goes five per cent above or below its last close and stays there for five minutes, trading in all securities is halted for a specified period.

“PSX witnessed massive pressure across the board after the Prime Minister announced a 10 per cent super tax on industries for one year to bridge the gap in the fiscal deficit,” Ahsan Mehanti of Arif Habib Corporation said.

Khurram Schehzad, CEO of Alpha Beta Core, told the Dawn newspaper that after the government’s latest measures, the corporate income tax and investor tax will now exceed 50 per cent and 55 per cent, respectively.

“This is the highest not only in this region but in the history of Pakistan. In fact, it is one of the highest tax rates in the world,” he said.

Shares of 364 companies were traded during the session. At the close of trading, 61 scrips closed in the green, 287 in the red, and 16 remained unchanged, according to Geo TV.

Overall trading volumes rose to 424.22 million shares compared with Thursday’s tally of 349.48 million. It said the value of shares traded during the day was PKR 12.8 billion.

Zomato To Hike Stake In Blinkit