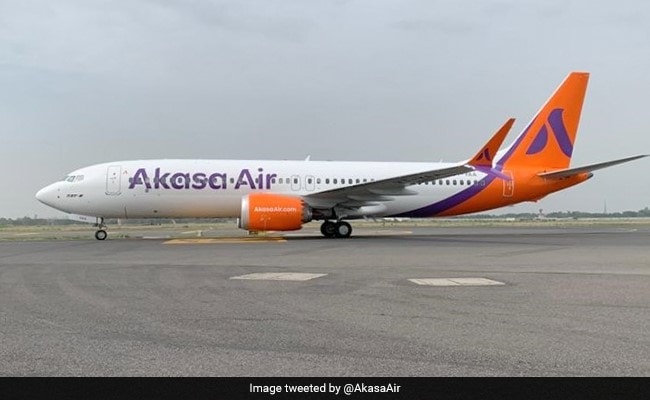 The airline had received the ceremonial keys for the aircraft in Seattle on June 15, Akasa Air said.

The airline had received the ceremonial keys for the aircraft in Seattle, the US, on June 15, Akasa Air said in a statement.

This is the first delivery out of the 72 Boeing 737 MAX planes that Akasa Air placed an order with Boeing last November.

“Akasa Air today, welcomed the arrival of the first of its 72 Boeing 737 MAX aircraft, at the Indira Gandhi International Airport, in the presence of its leadership team,” the airline said in the statement.

“The arrival of our first aircraft is a very happy moment for all of us and marks an important milestone, bringing us closer to our vision of building India’s greenest, most dependable, and most affordable airline,” said Vinay Dube, founder, Managing Director and Chief Executive Officer, Akasa Air.

Akasa Air is a prime example of the progress made by Indian aviation in recent years, he said, adding “this is not just a significant milestone for us and Indian aviation, but it’s the story of a new India”.

Boeing is proud to partner with Akasa Air as they embark on their journey towards making air travel inclusive and affordable for all, said Boeing India president Salil Gupte.

“India is one of the fastest-growing economies in the world and offers enormous growth and productivity opportunities for the aviation industry. We are excited that the advanced 737 MAX will help Akasa Air drive efficiencies in business and operations while providing its customers with a superior flying experience,” he added.

Don't Be Fooled By Quiet Stocks; Anyone's Guess How It Looks Tomorrow