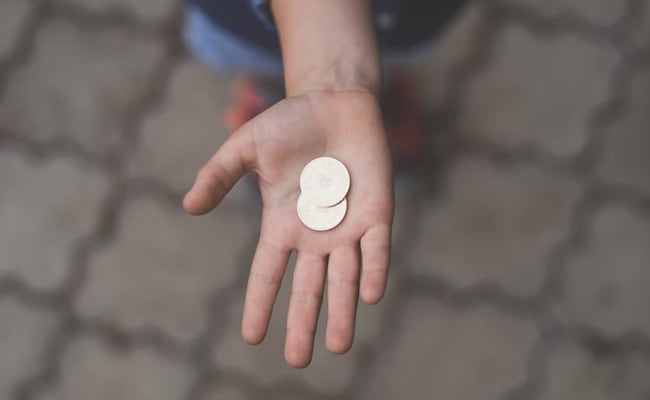 Umair Qamar shoved the coin up his nose almost a decade ago. (Unsplash/Representative Photo)

A schoolboy in the United Kingdom was left stunned after sneezing a five-pence coin out his nose, which he claimed had been stuck up his nostril for 10 years.

According to Manchester Evening News, Umair Qamar, who is now 14 years old, said that he has a vague memory of shoving the coin up his nose when he was younger. But his mother said that despite countless sore noses and trips to the doctor, the coin was never found – until last week.

Umair from Croydon, South London, revealed he felt something up his nose last Sunday, June 19. After complaining of a painful nose, he then followed his mother’s advice to blow his nose hard and he tried breathing out of alternate nostrils. Eventually, to his surprise, the five-pence coin shot out of his nose.

As per the outlet, the 14-year-old said, “I thought there was something stuck in there as I could feel something hard in my nose so I went back upstairs and held my left nostril, breathed in and then breathed out of my right one.”

And, with cotton buds in both ears, Umair then managed to breathe out so hard that the coin popped out of his nostril, he added.

Further, Umair revealed that when the coin shot out from his nose, he felt “pure relief”. His mother, Afsheen Qamar, on the other hand, described the incident as “completely bizarre”. Ms Afsheen said, “It happened so randomly – I wasn’t expecting it at all! I called him for lunch but he was holding his nose – so I told him to blow it.”

“After 15 minutes he came back down, just stood there and said, ‘well, a 5p coin came out’. We all stopped eating. I remember asking him, ‘are you serious?’. He’s a very laidback and quite serious child, so I’m sure you can imagine my shock,” she added.

The mother went on to say that Umair had complained about breathing problems while playing football over the years. However, she also claimed that she had taken Umair to doctors a few times but didn’t even cross their minds to check his nose. “I just cannot believe we never knew – Umair does silly things and doesn’t tell us,” Ms Afsheen said.

Meanwhile, Umair isn’t an isolated case. As per Manchester Evening News, professor Claire Hopkins, who is an ear, nose and throat consultant at Guy’s and St Thomas’ hospital in London, explained that children have a fascination with inserting things into their nostrils and 5p coins are the perfect size to disappear up the nose and be forgotten.