US Swimmer’s Dramatic Rescue From Bottom Of Pool 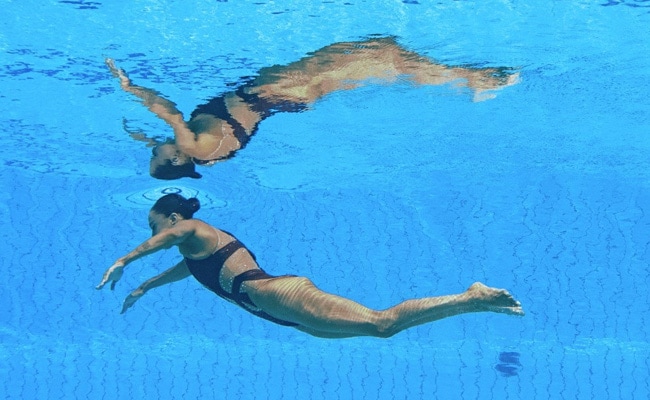 USA swimmer Anita Alvarez had to be rescued from the bottom of the pool by her coach Andrea Fuentes on Wednesday after she fainted during the solo free final at the 2022 FINA World Aquatics Championships in Budapest.

After completing her routine, artistic swimmer Alvarez sunk to the bottom of the pool in an unconscious state. The 25-year-old’s coach Fuentes, without skipping a beat, jumped into the pool and managed to pull her to the top before bringing her to the edge of the pool to get immediate medical attention.

Rapid rescue.@AFP photographers Oli Scarff and Peter Kohalmi capture the dramatic rescue of USA’s Anita Alvarez from the bottom of the pool when she fainted during the women’s solo free artistic swimming finals at the Budapest 2022 World Aquatics Championships pic.twitter.com/8Y0wo6lSUn

Alvarez, still looking visibly unconscious, was put on a stretcher and taken to the medical center at the swimming arena amid stunned spectators.

The 2021 USA Artistic Swimming Athlete of the Year Alvarez was in the hunt for a medal in her third world championships. However, she failed to reach the podium after finishing seventh. The gold medal went to Japan’s Yukiko Inui while Ukraine’s Marta Fiedina and Greece’s Evangelia Platanioti earned silver and bronze respectively.

Avalanche’s Nazem Kadri scores Game 4 game-winner in return from injury, Colorado one win away from title