Why Jump Crypto’s Kanav Kariya Is Upbeat Despite Terra Fiasco 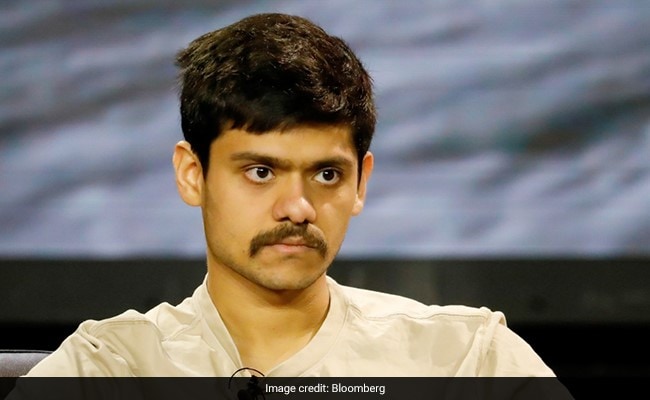 “For us, it’s just thinking about the right opportunities as the market turns,” Kanav Kariya said.

Twelve weeks and $1 trillion ago, Kanav Kariya had a question for thousands of people gathering in Spain to glorify cryptocurrencies: “Who the f**k is Jump?”

This was before crypto broke bad and then unraveled to worse. Before the spectacular collapse of Luna and TerraUSD, the digital currency that was supposedly safely pegged to the dollar. Before Bitcoin plunged into a vicious bear market and people began whispering about a “crypto winter.”

Before all that, Kariya, 26, was his relentlessly bullish self. Wearing flip-flops and an orange jacket, he regaled a conference in Barcelona about his crypto ambitions at Jump Trading, a normally hush-hush private firm that elbowed its way out of the hurly-burly Chicago commodities pits and into the “Flash Boys” realm of high-speed, electronic trading.

Today, despite everything, Kariya is still crowing. Speaking Wednesday from Jump’s tech-chic Chicago offices — white board, glass wall, green-velvet chairs — the president of Jump’s crypto business exudes a confidence that seems out of step with the doom and gloom elsewhere. Jump Crypto is hiring, not firing, he said. The place is hopping. The summer interns have arrived. Everyone feels energized.

“When markets get so volatile — and we’re seeing real craziness — there is opportunity to really dig in and be differentiated,” Kariya said. “We are not exposed, we are not suddenly stuck in a bunch of illiquid positions. For us, it’s just thinking about the right opportunities as the market turns.”

But that question from Spain still nags — and not just for Jump, one of the world’s biggest high-frequency trading firms.

The crypto mania that swept the globe over the past two years has given way to panic and now something darker. Bit by bit, the global digital asset industry — a 24/7 ecosystem of miners, traders, exchanges and more — appears to be buckling. On Sunday, crypto lender Celsius Network Ltd. abruptly froze withdrawals. On Tuesday, some employees at exchange Coinbase Global Inc. awoke to find their corporate email accounts disabled. Coinbase, it turned out, was cutting 18% of its workforce. By Friday, digital asset lender Babel Finance had also frozen withdrawals. And Three Arrows Capital, a major crypto hedge fund, is facing liquidity troubles that rattled the industry.

Coinbase Co-founder Brian Armstrong was blunt: This crypto winter, he told staff in a memo, “could last for an extended period.”

People who traded good jobs on Wall Street and in Silicon Valley for crypto dreams are struggling to reconcile those choices and to pick up the pieces.

If any of this was rattling Jump, you would never know it.

Inside its offices in the hulking Montgomery Ward building, the old headquarters of the defunct American merchandising empire, some employees play Foosball and order custom smoothies. The crypto team is heads down, huddled around their monitors, while traders and engineers toil away at the firm’s crypto strategies. Jump is pressing on with building a co-working space called ‘The Pit,’ designed to host the crypto entrepreneurs it’ll help fund.

Jump came to digital currencies with a long, successful history in Wall Street-style proprietary trading. In futures and equities, it squeezes big profits out of small price movements, benefiting from wild swings in volatility.

As the pain spreads in both traditional and crypto markets, it’s worth keeping an eye on Jump. How Kariya and his crew weather this will offer clues about when, or maybe if, crypto spring will arrive.

Kariya insists Jump Crypto will come out of this stronger as crypto’s weaklings get cast aside. As far as Jump is concerned, the firm’s strategy hasn’t changed, he said, with assurance befitting of November 2021, when Bitcoin was flying high at almost $69,000, rather than June 2022, when it’s trading at just above $20,000. 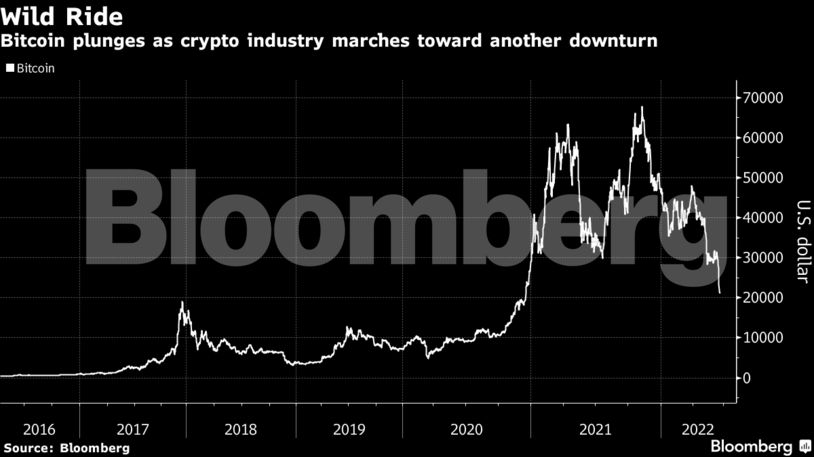 So who is Jump? Virtually unknown outside financial circles, it’s a huge global player in futures, options, equities and crypto. Since its founding in 1999, it’s morphed from an old-school pit trader to an electronic-trading powerhouse to a major force in algo-driven, high-frequency trading. More than six years ago, before Bitcoin mania took hold, it got into crypto.

From the start, founders Paul Gurinas and Bill Disomma, who met in the Deutsche Mark pit at the Chicago Mercantile Exchange, have cultivated an air of mystery around the place by rarely if ever speaking to the news media about their strategies. They declined to be interviewed for this story. Jump manages its own internal capital only, rather than answering to outside investors.

Jump Crypto has taken the opposite approach. Rather than avoid the public, Kariya has chosen to engage with social media, even these days, with crypto melting down. In now familiar industry parlance, he said, Jump has to keep building “communities” and “ecosystems” to succeed in crypto.

Few traditional financial players have pushed deeper into crypto than Jump, or in so many different ways. Kariya initially signed on in 2017, as part of an internship that Jump created at the University of Illinois Urbana-Champaign. This was before Gurinas and Disomma considered digital currencies a real business. The interns were asked to build a gateway to various exchanges that’d allow traders to arbitrage price differences for Bitcoin.

Jump Crypto’s goal is not only to process trades for counterparties and trade for Jump’s own accounts, but also to invest in startups and build crypto “infrastructure.” Those include Wormhole — the crypto platform that was the subject of a heist earlier this year, losses Jump fully refunded. There’s also Solana, and Pyth Network, projects meant to ultimately underpin the marketplace.

Asked this week about Jump Crypto’s immediate plans in light of the recent tumult, Kariya said they remain active. “We’re still growing and looking at investment opportunities that are coming up in the coming weeks,” as valuations start to contract, he said.

As a private business, Jump Trading Group doesn’t disclose its financial results. But the firm likely benefited from being in crypto during distinct periods, making advances in times of volatility on the trading side, and losses when hacks or prices hit rock bottom. The size of any profits remains an open question. The firm and Kariya prefer to talk more about their ambitions in abstract form, rather than specific figures.

At the same time, industry players say Jump is widely seen as a bigger risk-taker than most traditional trading firms when it comes to crypto. Competitors like Jane Street and Susquehanna International Group also have venture capital arms that make crypto-related investments. But none of them operates on Jump’s scale or integrate trading and incubating startups the way Jump does.

Jump’s approach isn’t without its dangers. Since Kariya was named president nine months ago, before the peak of 2021 and fall of 2022, Jump Crypto ate hundreds of millions of dollars in customers’ losses from the Wormhole hack. But the speed with which Jump plugged the $320 million hole suggests Jump was making a lot of money on crypto before.

Jump Crypto also got caught up in the implosion of the Terra stablecoin fiasco — having backed the project since 2019. In February, Jump Crypto and Three Arrows Capital co-led a $1 billion fundraising for Luna Foundation Guard, the non-profit managing the Luna and TerraUSD tokens, in a private token sale, an attempt to shore up confidence in Terra stablecoin.

The buzz on social media and in the markets was that Jump Crypto’s backing instilled a false sense of confidence in Terra. Others speculated the firm took significant losses during the depeg. In multiple interviews, Jump executives declined to discuss Terra or Luna in much detail, beyond saying that Jump Crypto held on to Luna tokens and bought TerraUSD as the latter’s peg to the dollar began to break in May. Jump declined to comment if it has taken profits from Luna prior to the depeg.

Looking back, Kariya said Jump never would’ve invested in the Terra project if it had known the ultimate outcome would be calamitous to some investors. But Jump Crypto grew out of a trading culture, where conviction and discipline count more than emotion, he said. The downturn hasn’t changed his team’s general approach to trading, VC-style investing and project development.

“We’re going to keep investing significantly in this space over the next few years,” Kariya said. In time, blockchain technology will more than live up to its promise, even if many digital currencies are rendered worthless or die off.

He said he and his team are undeterred. “Mostly I feel a lot more positive,” he said. “If we didn’t have the conviction, we’d simply wind down.”

6 steps to get your company on Wikipedia

6 steps to get your company on Wikipedia