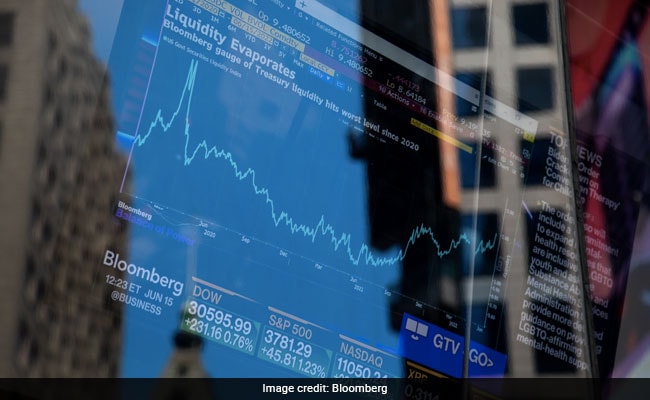 So far 2022 has been a year where just about everyone on Wall Street got it wrong. As did the Fed and a cadre of global central banks.

Back in December, strategists at the world’s top investment firms like JPMorgan Chase & Co. predicted the S&P 500 would gain 5% in 2022.

Economists saw the U.S. 10-year Treasury yield hitting 2% on average by the year’s end. And even Goldman Sachs Group Inc. lent credibility to the claims Bitcoin was on track to hit $100,000.

Yet six months later, an unprecedented confluence of shocks has ended one the most powerful equity bull markets and sent safe-haven government bonds and other assets spiraling.

The market has quickly turned from from “buy everything” to “sell everything,” with the multi-year “there is no alternative” (TINA) phenomena in equities now gone.

Unforeseen events including the Russia-Ukraine war have contributed to the highest consumer prices in 40 years.

And as a result, ultra-low interest rates and monetary stimulus — essentially the foundation of the post-pandemic rally — have evaporated as the Fed and its counterparts have sought to quell inflation.

“This is absolutely the end of TINA for the foreseeable future” said James Athey, investment director at abrdn in London. “With 8% inflation not much is attractive on a real basis.”

Even Jerome Powell, the central bank chairman, didn’t see the turbulence that was coming from inflation.

He expected price gains to decline to levels closer to the Fed’s longer-run goal of 2% by the end of 2022.

But now bond markets are flashing recession signals as the Fed’s aggressive rate hikes pose a risk to the economy’s growth.

“This time last year the Fed were themselves still expecting [rates] to be floored near zero at this point,” said Deutsche Bank strategist Jim Reid.

Even with the sharp declines, however, market gurus are keeping faith stocks will make a recovery by the end of the year.

Oppenheimer’s John Stoltzfus still sees the S&P 500 ending 2022 at 5,330 points, requiring a 45% rally in the next six months. A handful of others, including JPMorgan and Credit Suisse Group AG, have targets that require the index to rally at least 30% to be met. 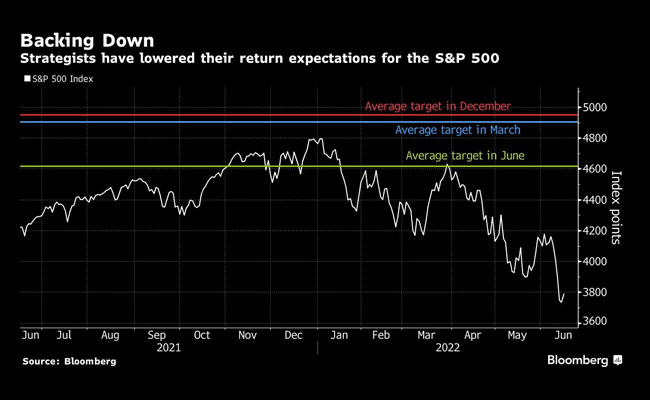 To be sure, it’s anyone’s guess on when Russia’s war in Ukraine will end or the supply chain bottle necks due to China’s stringent Covid policies will ease, lifting price pressures in addition to the Fed’s policy tightening.

But for Max Kettner, chief multi-asset strategist at HSBC Global Research, equities haven’t fully priced in a recession relative to other asset classes. “All in all, this means there is further weakness for risk assets in store over the summer months.” 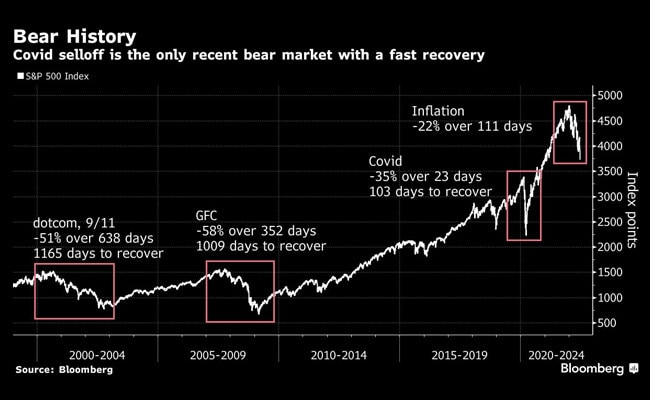 From the look of it, all one can do is stash cash under the mattress with gold and US Treasuries — arguably the safest financial assets in the world — also sinking.

Stocks and bonds together are on track for their worst quarter ever. Meanwhile, credit markets have also taken a battering.

So far this year the worldwide pool of the safest corporate debt has shed more than $900 billion, marking its worst first-half of a year on record, according to Bloomberg index data.

Measures of corporate credit risk are also spiking, with default-swaps insuring the debt of Europe’s high-grade firms sitting at the highest since April 2020. 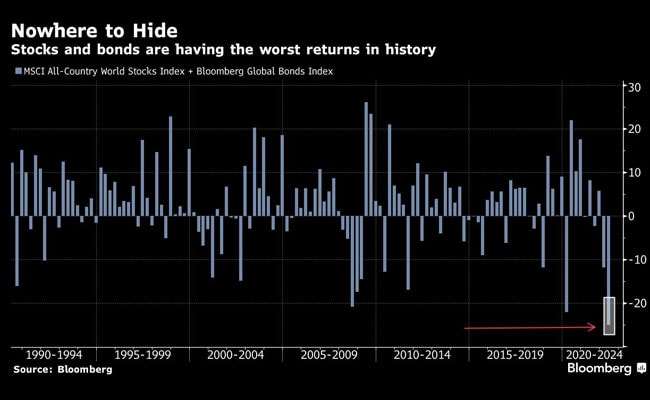 Perhaps no other asset class has seen as wild of swings in 2022 as cryptocurrencies, however.

For all the calls for Bitcoin to hit $100,000 earlier this year and claims of it being an inflation hedge, the market for digital assets has been in a downward spiral.

Bitcoin has over lost two-thirds of its value since it touched a high of nearly $70,000 in November.

Arguments the world’s largest cryptocurrency was akin to gold and an independent store of value have gone quiet.

Meanwhile, the crypto ecosystem of miners, traders and exchanges has been under growing scrutiny amid layoffs, freezes on withdrawals and liquidity problems. 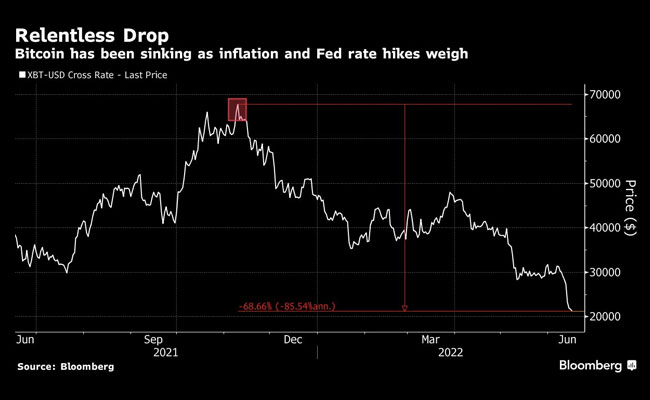 It’s still not easy to get anything right in this market. There have been big rallies and big drawdowns, painting a bleak picture. But HSBC’s Kettner said this year’s trigger has been obvious.

“Just like investors were obsessed with the idea of ‘transitory inflation’ last year, the obsession of 2022 so far has been ‘peak inflation,’” he said. Inflation hasn’t turned out to be transitory, nor has it peaked yet. As such, “the last few days have been brutal.”