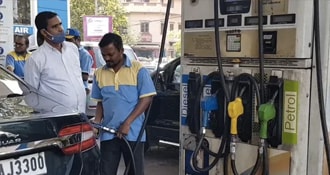 Fuel sales rose in the first half of June

India’s petrol consumption jumped by 54 per cent and that of diesel soared by 48 per cent in the first fortnight of June from a year earlier with continuing demand recovery from a relatively low base in 2021 when the world’s third-biggest oil user was impacted by the second wave of COVID-19.

Petrol sales by state-owned fuel retailers, which control roughly 90 per cent of the market, at 1.28 million tonnes between June 1 and 14 was 54.2 per cent higher than the same period last year when a devastating second COVID-19 wave impacted the economy.

This consumption was 48.2 per cent higher than the demand in the first fortnight of June 2020 and 25 per cent more than the 1.02 million tonnes of sales in the pre-COVID June 2019. Month-on-month sales were up 0.8 per cent, preliminary industry data showed on Wednesday.

Industry sources said consumption in June was higher because demand returned after high prices in the previous month impacted sales. Also aiding the demand was the start of the harvesting season.

Another factor was the low base effect.

Rupee Falls To A New All-Time Low Of 78.17 Per Dollar; Fed In Focus